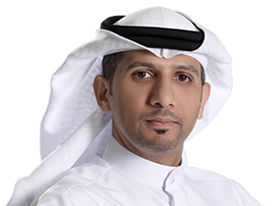 Mr Al Habtari has been in charge of EGA’s alumina refinery operations in Abu Dhabi since 2014.

Mr Al Habtari has over 20 years of experience working in the oil and gas, and metal and mining industries, first joining the Abu Dhabi National Oil Company in 1999 as a graduate trainee. From 1999 to 2007, he was a Project Manager at the Abu Dhabi National Oil Operating Company. He then worked at Mubadala from 2007 to 2011 as Vice President of Petroleum Services. Mr Al Habtari  also sat on the board of directors of Petrofac Emirates and Turbine Support Services, respectively.