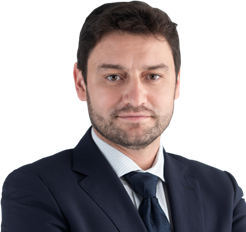 Mr Akhmetov joined EGA in 2010 as Manager of Process Optimisation and, in 2014, was promoted to lead the company’s Reduction department in Jebel Ali. In 2016, he was promoted to assume responsibility for Reduction across EGA.

Prior to joining EGA, Mr Akmetov worked for a decade in various operational and technology roles at RUSAL, the world's second largest aluminium company by primary production output, in Krasnoyarsk, Russia.

Throughout his career, Mr Akhmetov has contributed to the development of new smelting technologies and optimisation of reduction processes by leading research-and-development teams, directing the industrial implementation of developed technologies, and managing projects to maximise the efficiency of plants.

Mr Akhmetov holds two degrees in economics and management, and in metallurgical engineering, respectively, from Russia’s Krasnoyarsk State Academy of Non-Ferrous Metals and Gold. He also studied executive leadership at both INSEAD and London Business School.