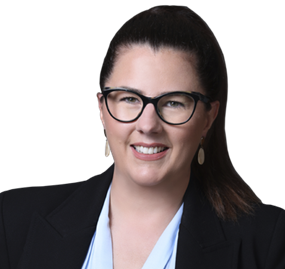 Ms. Christiansen holds a Bachelor of Law (Hons) and a Bachelor of International Politics (Hons) from Bond University in Australia.