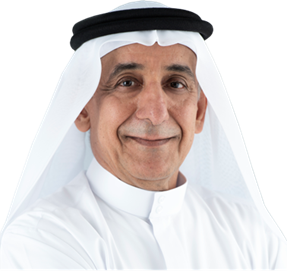 Amir Al Janahi is Chief Internal Auditor at EGA. Mr. Al Janahi began his career in 1984 at the Commercial Bank of Dubai and, four years later, moved to DUBAL where he initially worked in the company’s Finance department as a graduate trainee.

Mr. Al Janahi served as Senior Director, Business Performance, and Corporate Controller, Finance, before being promoted in 2018 to Chief Internal Auditor. In this role, he is responsible for managing business risks, overseeing corporate governance, and coordinating internal audits of all departments across EGA, as well as its subsidiary companies.

Mr Al Janahi is a Fellow of the United Kingdom’s Chartered Institute of Management Accountants (CIMA), the world's largest professional body of management accountants. He holds a Bachelor’s degree in Commerce from Osmania University in India, a Higher Diploma in Accountancy from the Institute of Higher Education, Southampton, UK, and participated in the International Executive Programme at INSEAD business school in France.