Overcoming heart-breaking personal tragedy, René Désiré Morel plays a pivotal role in ensuring bauxite exports are on track in the Republic of Guinea.

In Boké province, around five hours drive from the Guinean capital of Conakry – and around 7,000km from the UAE – lies a part of West Africa that plays an integral part in the success story of Emirates Global Aluminium.

The history of Guinea Alumina Corporation may stretch back to 2001, but it gained full momentum when purchased by EGA in 2013. Six years later, GAC truly came to prominence – securing the largest ever project financing for a greenfield mining initiative in the Republic of Guinea.

The $750 million loan extended by development finance institutions, export credit agencies and international commercial banks marked not just a monumental step forward for EGA’s bauxite mining project, but for Guinea’s economy. The $1.4 billion project is one of the largest greenfield investments in the nation in the last 40 years.

“It's an amazing project,” says René. “In the last 40 years, the country hadn't seen this type of investment in this sector. And not only that, but the way the project was financed was a first for this country. In terms of the quality and the standards that we provide in Guinea, our goal is to raise the level of the mining industry.” 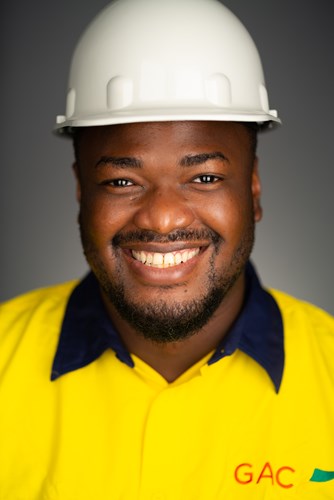 “Bauxite exports are a source of revenue for EGA. In fact, EGA is now one of the largest merchant suppliers of bauxite in the world,” says René, who was appointed to his current role in April this year after joining GAC in 2015. The GAC mine has some of the world’s best quality bauxite – the primary input in the production of alumina, the feedstock for aluminium smelters.

“The mining industry plays a huge role in Guinea’s economy, and accounts for about 20 per cent of GDP, contributes over 32 per cent of Guinean state revenue and 78 per cent of the country's exports. We are aiming to double GAC’s absolute contribution to the economy by 2040. That is not the only way we aim to contribute though – we also focus on being a good neighbour.”

GAC has built schools and health centres for local communities, developed projects in agriculture and fisheries, and supported the development of skills including tailoring and mechanics. The goal now is to engage with international development agencies and non-governmental organisations to make even more significant contributions to local self-sufficiency. GAC is also working to increase its procurement from local companies. 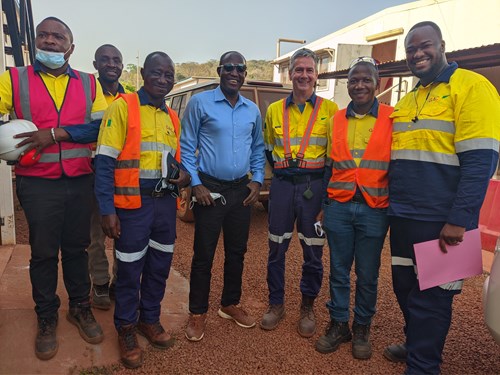 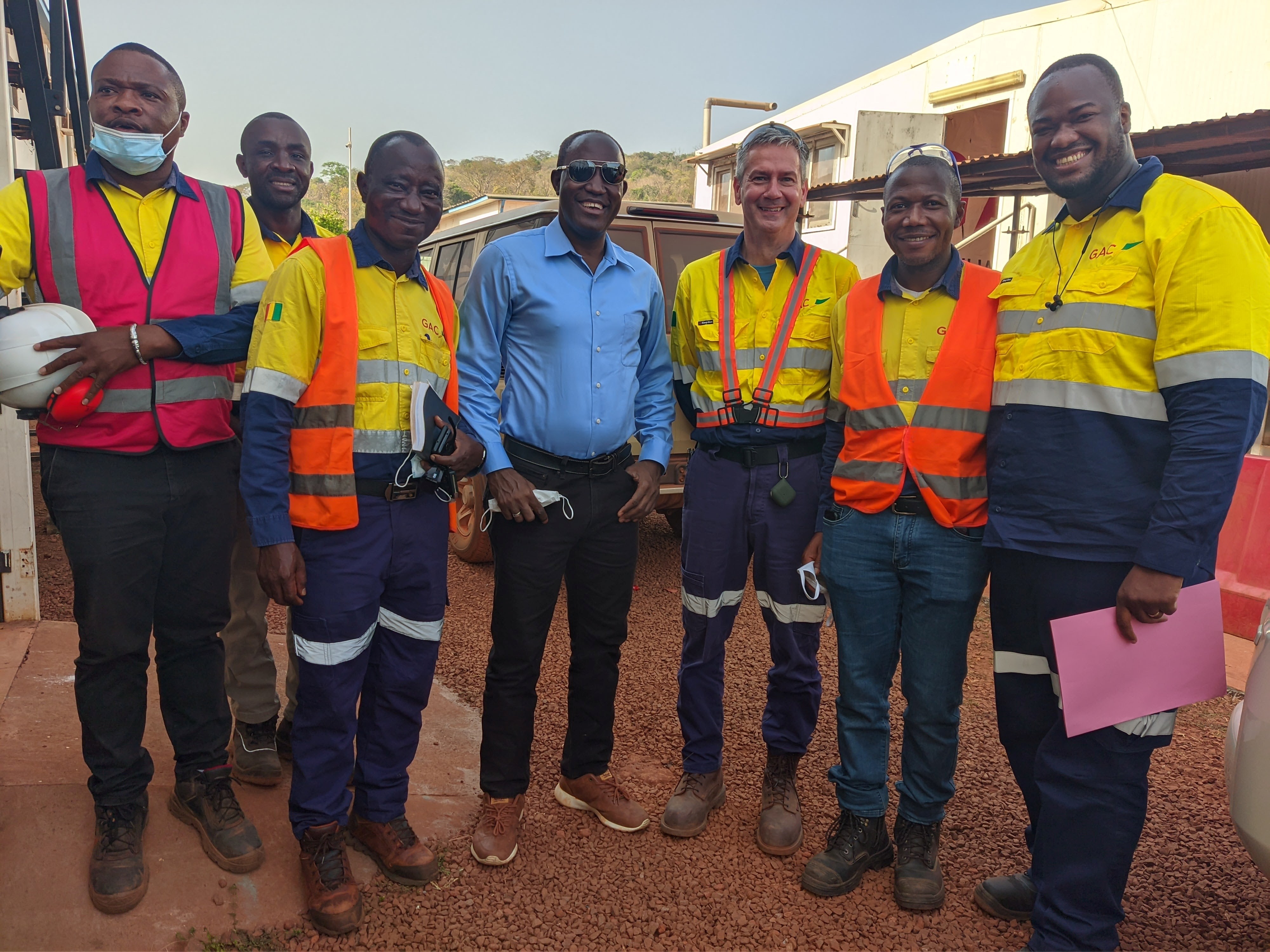 Primarily based in Conakry, one thing that René is very passionate about is trying to get to the site – a good 300 kilometres away in Boké – as much as possible.

“We are an established pillar of the community,” René says, “with significant development programmes and I like to visit our neighbouring communities as much as possible.”

René came to GAC with an international background. He holds a bachelor’s degree in International Business from Nottingham Trent University in England, from where he graduated in 2011. As part of the course, he also studied at Yokohama National University in Japan. René, who speaks some Japanese as well as being fluent in French, English and various local Guinean languages, says. “I was reading mangas and watching animes from since I was about two years old.  I always dreamt about going to Japan and studying there.”

“So, when I saw the opportunity of going there for six months, I couldn’t pass it up. I fell in love with the country even more. The food was amazing, and the people were very interesting.”

While that period in East Asia provided René with some wonderful memories, the past couple of years have been exceptionally hard.

On Christmas Eve 2020, his wife Raïssa who had Wolff-Parkinson-White syndrome, a heart condition that causes the heart to beat abnormally fast, passed away after suffering a heart attack. She was seven months pregnant with the couple’s third child who did not survive. 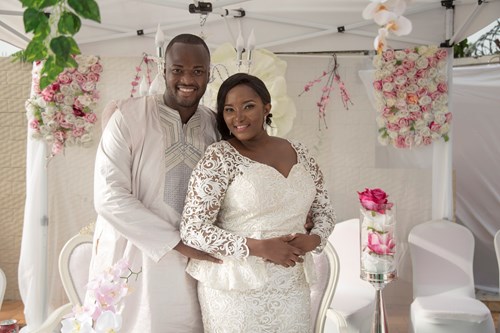 “I have a 10-year-old daughter, Madeleine, and a five-year-old boy, Marius, and it was unimaginably difficult,” says René. “I have a big picture of Raïssa in our bedroom and we to talk to her, or about her, every day, and pray for her too.”

“We talk about good memories, and the fun times that we had together and the moments we shared. We watch videos and look at photos of her.”

René has used his own healing process from grief to help others by promoting GAC’s mental wellbeing programme for employees and their families.

“I had started to engage in that sense to seek help for myself, to make sure that I'm okay,” says René. 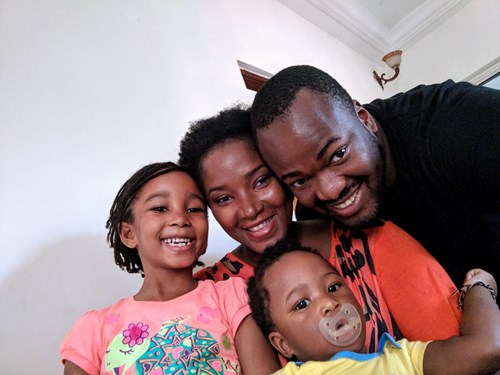 “But it was also for my kids to make sure that they are okay and that outside of myself or our family, they have someone they can talk to.” With René’s enthusiastic support, GAC has worked with the EGA Human Capital team to expand the local mental wellbeing offering.

The GAC Employee Assistance Programme provides free and confidential counselling services to all GAC employees and their families, and helps employees overcome issues including harassment, relationship problems, grief, and loss, 24/7, 365 days a year. “It’s another step in the right direction towards creating a psychologically-safe environment.”

EGA has a bold aspiration to eliminate the risk of harm, whilst also fostering mental wellbeing, as part of fulfilling the organisation’s purpose – Together, innovating aluminium to make modern life possible.

Rene is currently the Deputy Director General and Manager of Public Affairs, and driven by his dedication and perseverance, he continues to raise the level of operations at GAC.