“I come from a very technical IT background,” smiles Amal Alsayegh, a Computer Engineering graduate from the American University of Sharjah, who also has a master’s in Data Analytics from the Rochester Institute of Technology. “I never expected to work in the aluminium industry, but at EGA I have found a place where I can build upon what I learned at university. I create insights from data to drive better decisions.”

At Emirates Global Aluminium, “data is like another valuable metal - gold”, says Amal.

Now a senior system analyst in the Production IT department, the 25-year-old UAE national works in Manufacturing Execution Systems at EGA, and is focused on EGA’s Casthouse.

“At EGA we are generating huge volumes of data every second in our operations. My job is to enable us to create understanding from this data very quickly, so we can act. I work with the data we get from throughout our operations, write business logic, and display insights to the people who need them,” says Amal. 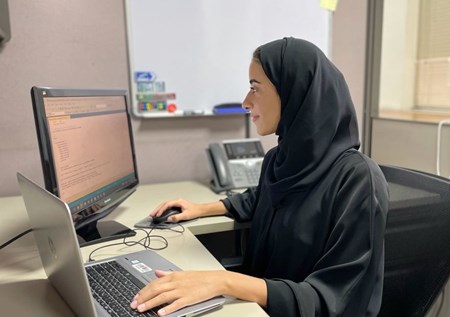 “Instant insights from data enable us to understand what is happening right now in each process. That means we can make continuous improvements, and respond swiftly if anything is not going to plan. Data is very valuable, but only if we can understand it effectively and quickly.”

As part of her ongoing development, Amal has been taking additional work responsibilities, particularly in the realm of industry 4.0. EGA is focused on innovating the future of aluminium production and acting as a technology pathfinder for the industry. Amal’s talent, combined with her interest in continuous improvement will only continue to support EGA’s digital capabilities and strengthen the company’s innovative ecosystem overall.

“I also work with digitising and automating various functions across the plant,” Amal says.

“Being involved in Industry 4.0 projects meant that there were additional responsibilities to my job, but I really enjoyed them. I think the management really believed in my abilities. They saw the opportunity for me to grow even further.”

Amal started at EGA some three-and-a-half years ago. She describes it as an “absolute privilege” to work alongside many ambitious young colleagues at EGA and through her voluntary role on the EGA Youth Council, has enjoyed developing initiatives aimed at maximising youth involvement in the future success of the company. 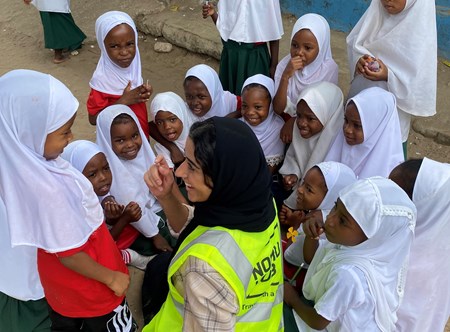 “I think EGA has this ability to figure out where your skills truly are and place you where they’re applicable or can shine most,” she comments. EGA has set a target to become the #1 industrial employer of choice in the countries where it operates by 2030, and continues to improve capability building mechanisms that ensure excellent career opportunities.

“I think one of the things that distinguishes EGA from other companies is the aspect of continuous improvement. EGA wants to get better. EGA wants to develop its employees – it wants to see its people rise, together.”

At first, Amal admits, she found it “a bit challenging” being a young woman in a traditionally male-oriented industry.

“Diversity is exceptionally important. It shows us that there are other women – both Emirati and other nationalities – that can do much more when they're given the chance.”

“You need to have confidence in what you're saying, and people will listen to you.

“EGA understands this and is incorporating more females in leadership positions. EGA has set a target to increase the proportion of women in supervisory positions across the company in the UAE to 25 per cent by 2025, and that’s great.”

The future of EGA is bright with a golden generation of Emirati talent such as Amal at the helm.

Just look at the data to see for certain.