Working through weekend and overnight shifts, Khadija Al Abbasi is a pioneer for her generation

Emirati women are notorious for breaking boundaries and setting records for reaching new heights. Khadija Al Abbasi is among these remarkable women, having become the first Emirati woman to work permanently in a shift pattern at EGA – a regular schedule of 12 hour shifts on the shopfloor that span across weekends and nights.

Working shifts poses its own set of challenges; there are a lot of sacrifices to be made, and the adjustment to a gruelling 24/7 work roster can be physically difficult to overcome.

Khadija describes the process of adapting, “You have to adjust your body clock to start to feel normal. Depending on the shift pattern, we may work weekends. We may work at night. We don't have regular weekends or regular days off. Sometimes your days off are weekdays, and typically, none of your family or friends outside of work are off at the same time.

“And even if you describe working shifts in detail to people, they will not be able to understand unless they work them too. You need to try it to really appreciate what it means.” 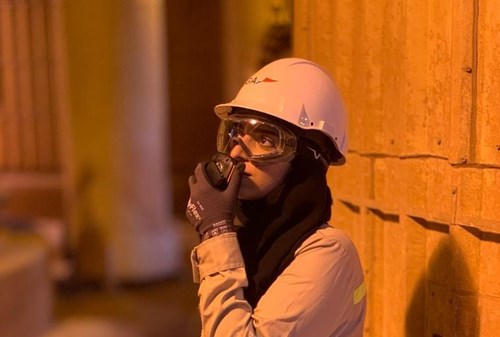 The decision to become the first Emirati woman to work shifts at EGA’s Al Taweelah Alumina Refinery was not one she took lightly. There were initial reservations around being the only woman on shifts. Khadija rose to the challenge, asserting, “I did it because I really believe this unlocks new opportunities for women. Our nation’s leaders are clear we have a full role to play in the future of our society.”

Women currently hold just under 20 per cent of supervisory roles at EGA, and the company is aiming to increase this to 25 per cent by 2025. Increasing the number of women at all levels in Operations will be key to achieving this goal, and many of these roles require working in a shift-pattern.

Shining through the hurdles that Khadija overcame during the transition to working shifts was the unwavering support of her family and loved ones, which pushed her to thrive and succeed in her role. “I am proud of what I’ve done. In the end, the emotional support I received from those around me is what drove me forward.”

Although women working in Operations are ubiquitous at EGA, there was a new dynamic to grow into with Khadija being, quite literally, the only woman on site during night shifts. Nevertheless, she persevered, tirelessly engaging in site work and proving the versatility, resilience, and value women bring to the table, regardless of what environment they are in.

With Khadija working as a shift supervisor, she asserts that knowing the Operations from the ground-up is a crucial part of succeeding in her role. “If you don’t know how to do the operator’s job, you will not be able to do the supervisory job,” Khadija says. She believes that having that knowledge is the difference between simply managing Operations, and effectively leading Operations.

Khadija is passionate about her learning and development, whether it comes to progressing her contributions to the Operations team or furthering her higher education. Armed with a bachelor’s degree in Electrical Engineering from Higher Colleges of Technology in Dubai, she recently completed her MBA in Finance from the Canadian University in Dubai, earning a distinction while juggling studying with her work commitments. 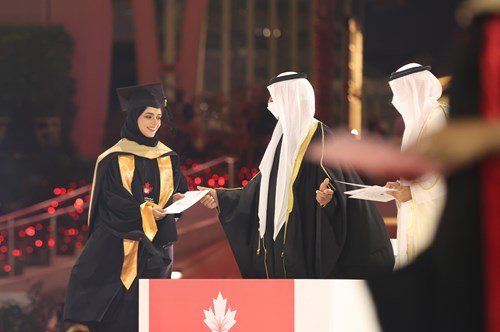 On top of that, she is a member of the EGA Youth Council. “A lot of initiatives are conducted through the Youth Council,” Khadija says. She considers the Youth Council an important avenue to connect with the youth in the company, and inspires collaboration and knowledge sharing among the next generation of leaders.

Youth councils were initially established by the Federal Youth Authority in 2016 as an initiative by the United Arab Emirates’ leadership to empower Emirati youth to lead in every sphere of society.

Well-suited to her role in the Youth Council, inspiring others, opening doors and leading her generation forward – and especially other women – is something she holds very dear to her heart.

“I would like for my story to be a message to everyone that we can do it,” she says. “That women can succeed in an industrial field. Yes, it is difficult, but if you have the will, the right motivations, the right support from the right people, then you will do it.

“With the support myself and every woman gets at EGA, and from the UAE leadership, everything and anything is possible.”