The first of many… firsts

In his role as Project Director for the construction of a new highly-efficient power block at Emirates Global Aluminium’s Jebel Ali site – known as the ‘H-block project’ at EGA - Mohammad Albastaki has chalked up a number of firsts.

“And it’s the first time I added to my family during a global health crisis,” he said with a laugh. Mohammad’s daughter, Dina, was born during the lockdown. “The hospital was not allowing visitors. Even with me, as the father I could only visit at certain times, which was particularly tough as she is my first daughter and my son’s first sibling.”

With a construction completion deadline looming this summer, Mohammad is nearing the end of a mega-project in which he has led the design, construction, commissioning and shortly handover. “Above all, we need to deliver it safely, without any injuries leading to time off work. So far, we are doing well but we must always be vigilant,” he says.

The road to the hot months of summer 2021, like in most projects around the world, was made bumpier by the pandemic. At one point, he recalls, a large piece of equipment was due to be shipped by a supplier from where it was made abroad. That was Spring last year, and the transformer had been made in Wuhan, the Chinese city where the pandemic is believed to have started.

“The pandemic tested all of us. It tested our patience. It tested our relationships. And it tested our strength. If I think back to the transformer delay, it was worrying but there was nothing we could do, except to wait. Safety, which we always consider first, suddenly became even more important. Luckily, we caught up on the delivery delays. SEPCOIII, the Chinese main contractor did a brilliant job,” he said.

In early February this year, the H-block reached a major milestone with the first firing of the Siemens Energy H-class gas turbine - the first time one has been deployed in the global aluminium industry. 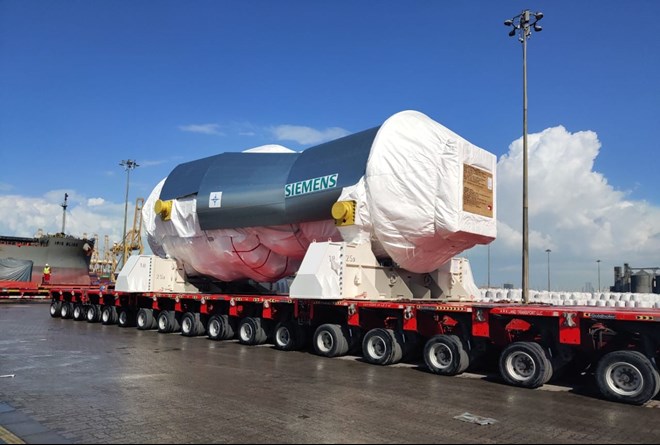 Over the coming months, other facilities of the plant will be completed and integrated to achieve a generation capacity of over 600 megawatts of electricity.

EGA requires electricity for aluminium smelting and other industrial operations. EGA runs power plants at its sites in Jebel Ali and Al Taweelah with a current combined generating capacity of 5,850 megawatts, making the company the largest power-producer in the UAE after the Dubai and Abu Dhabi utilities with a similar generating capacity to New Zealand.

The scope and scale of the project, combined with the impact it is expected to have on energy efficiency and environmental emissions has meant several companies have come together to make it happen.  Although Mohammad is an EGA team member of 19 years standing, on this project he and his team are part of Jebel Ali Power & Water Co., a separate joint venture formed by EGA’s shareholders Mubadala and Dubal Holding to build and operate the new power block. EGA intends to purchase power from the joint venture for 25 years following commissioning.

“I enjoy so many aspects about working on this project. First of all, every day it’s a huge motivator knowing that our work is going to improve the efficiency of power generation at EGA, and therefore save natural resources and reduce costs and emissions.  Secondly, to have built a team working with our stakeholders and with two contractors – Siemens Energy and SEPCO – has been quite rewarding professionally,” he says.

“It was also my first time working with Siemens Energy,” he says with a laugh and checking if we were keeping track of his firsts.

For Mohammad, the culture of Siemens Energy and SEPCOIII could not be more different. “We spent some time to find the key to communicating with one another, as everyone’s level of understanding English was different. At the end of the day, this is an important project, and every single person involved was 100 per cent dedicated to it. We had the engineering expertise - we needed to agree on the English,” he said with a grin.

One of the most striking facets of Mohammad’s persona is his warm smile and laugh, which light up any room he is in. It’s quickly clear that his affable and amiable personality are a huge asset to him, as he navigates the multiculturalism of such a big engineering project, which includes managing a contractor with more than 4,000 people deployed on site from around the world. 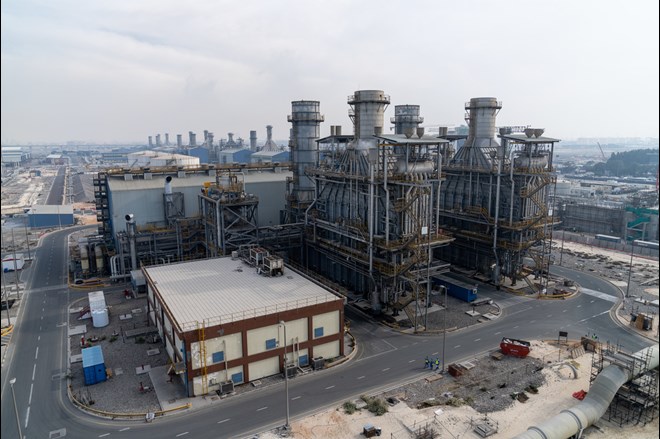 “Transparency and honesty are the keys,” he responded when asked the secret to working with diverse contractors. “From the first day, we disrupt the contractor-client relationship by establishing that we are all one team, and it’s important that we show this in our actions. Contractually, one can be tough with contractors, and one would not be wrong to do so, but we’re in this for the long-term. It’s important to remember that in the long-term, relationships matter. I think this is spirit of collaboration and inclusion is definitely in the DNA of EGA.”

Mohammad, who is an avid gamer and footballer (his favorite team is AC Milan), also leads a team of 40 across the project’s Control, Construction and Area Management function and he insists they’re the best team he has worked with. With the exception of three weeks early in the pandemic, they have all worked on site throughout the pandemic.

“Sometimes I give them a hard time, but I am proud of this team. I picked them with the complete trust of our management. They are real champions, and this pandemic has only brought us closer.”

Once the new power block is fully operational, seven older, smaller and less efficient turbines at EGA’s Jebel Ali site will be put on standby for use only in emergencies.

The new power block is expected to lower greenhouse gas emissions from EGA's power generation and aluminium smelting operations at Jebel Ali by some 10 percent, the equivalent of planting more than 17 million trees each year. The new power block will also significantly improve NOx emissions, which affect local air quality and are also emitted by motor vehicles. NOx emissions are expected to come down by as much as 58 per cent, the equivalent to removing more than 850,000 cars from Dubai’s roads.

“As a father, I find myself thinking more and more about what kind of future my children will have. My wish is to be involved in more projects that have a positive impact on their generation’s lives – and of course, continue to have many firsts,” he said.

Read more on this project from Siemens Energy