From an inspirational meeting with the UAE President to developing, empowering and engaging the leaders of tomorrow, Hala AlHashmi wants the EGA Youth Council to make its mark on the world.

As her phone screensaver, Hala AlHashmi has a picture of herself standing proudly beside His Highness Sheikh Mohamed bin Zayed Al Nahyan, President of the United Arab Emirates.

The picture was taken at an event at Qasr Al Bahr in Abu Dhabi to mark International Youth Day last August and is one of her most prized possessions.

“It was amazing,” smiles Hala. “When I think about it, I still get excited. It was a proud moment that I will always cherish in my heart.” Hala was invited to Qasr Al Bahr because she is chairperson of Emirates Global Aluminium’s Youth Council.

While Hala was at Qasr Al Bahr Majlis, His Highness Sheikh Mohamed gave a speech to the young people present that left an indelible impression on the senior lean & quality engineer. 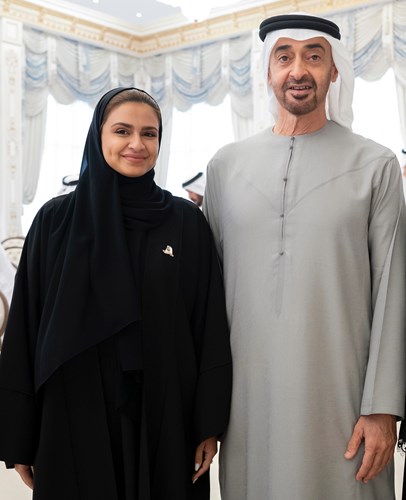 “He gave us a very inspirational talk about us being the drive for the future and continuing the message of his father Sheikh Zayed bin Sultan Al Nahyan, the founding father of the UAE,” said Hala, who joined EGA six years ago after becoming the first Emirati woman to complete a Bachelor of Science degree with a major in industrial and systems engineering from Khalifa University.

“He talked to us about how education is very important and how teamwork is key to achieving what you want”.

“And it’s what I always say to the Youth Council members – if you have an idea, go for it. At EGA, we have leaders that actually take what we say seriously, and they are prepared to take action.”

The Youth Council’s purpose, says Hala, “is to ensure that EGA provides the best platform & environment for youth to become innovative leaders and pacemakers for positive change in the nation. The EGA Youth Council very much aligns with EGA’s ambition of becoming a talent-driven organisation.” 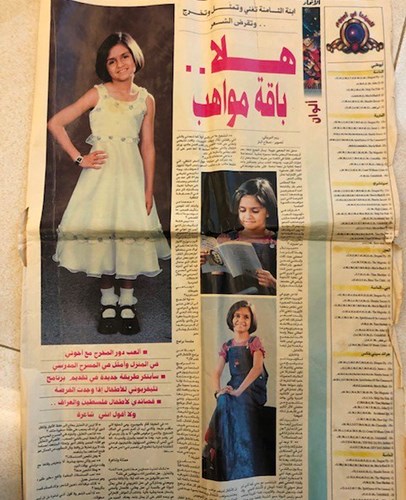 Hala showcased her own talents in acting and public speaking from a very young age. At eight years old, she was featured in a full page spread in the Al-Ittihad newspaper. She would go on to receive the prestigious Sheikh Hamdan Bin Rashid Al Maktoum Award for Distinguished Student during her time in primary school.

Hala took up the leadership of the 14-member EGA youth council in 2022.

Youth Councils were pioneered by the Federal Government of the UAE in 2016 as an initiative of the nation’s leadership to empower Emirati youth to lead the world in every sphere of society. EGA’s Youth Council was founded in 2018.  Hala says that it makes her “very proud” to work for a company that aligns with the UAE’s strategy on empowering and inspiring youth. 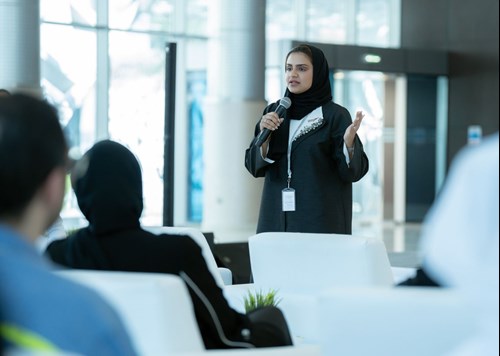 “I told our Chief Executive Officer that I’ll forever be grateful for working in a company with such direction. That the CEO makes the time to meet for one hour with the chairperson of the Youth Council just to make sure we are aligned says a lot, and I'm blessed that I'm part of an organisation like that.”

Hala says that the EGA Youth Council is driven by three priorities – development, engagement and empowerment.

“We meet regularly, and we are always focused on developing, engaging or empowering our youth,” she said. “Our activities can range from small, internal discussion circles to big external events such as our ‘Make it in the Emirates’ spot at the Youth Pavilion at Expo 2020 in Dubai, but they always come back to those three goals.

Inspired by the success of the initiatives, Hala also played a leading role in the EGA Youth Council's hosting of the first ‘Youth in Manufacturing & Technology Forum’, which brought together Youth Councils from manufacturing and technology-led organisations to drive forward Operation 300bn and the UAE Centennial 2071 goal of creating a diversified knowledge economy.

Leadership of the Youth Council of a major company gives Hala access to decision-makers across the country. Like Her Excellency Shamma Al Mazrui, the UAE Minister of State for Youth Affairs and until recently the youngest Government minister in the world. Hearing the Minister delivering an address on youth and climate change, Hala was struck by the first thing mentioned in her speech – that nearly 50 percent of the UAE population is aged between the ages of 15 and 35.

“If you have a young nation,” says Hala, “it is very important that youth are taken into every aspect of decision-making. Throughout every industry, it is vital that the UAE’s youth develop into innovative leaders and change makers. Our generation has watched our elders achieve a positive transformation of our country almost unprecedented in the history of the world. It is our responsibility to build on that in a way that lives up to their legacy.” 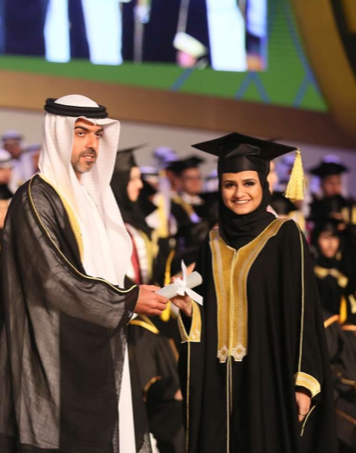 Asked for her ambitions for the EGA Youth Council during her three-year term as chair, Hala declares she has “one big ambition”.

“To leave the EGA Youth Council on the global map,” she adds. “We have amazing talent. We have unique individuals. We have youth with passion with a lot to offer to the world. And I believe as chair, I have that responsibility to show everyone how capable we are. We are the future.”