How giant tortoises and a mountainous island landscape inspires Abdulla Karmustaji’s passion for the environment, sustainability, and the potential of Industry 4.0

When Abdulla Karmustaji seeks inspiration, he thinks of the Galapagos Islands.

The 30-year-old, a Product Owner – Industry 4.0 at Emirates Global Aluminium, earned both his Bachelor’s and Master’s degrees in mechanical engineering from Embry-Riddle Aeronautical University in Florida. With the state’s close connections to Latin America, Abdulla made many friends from the continent, becoming conversational in Spanish and backpacking through as many countries as he could.

His favourite? “Ecuador,” he smiles, “especially the Galapagos Islands.” 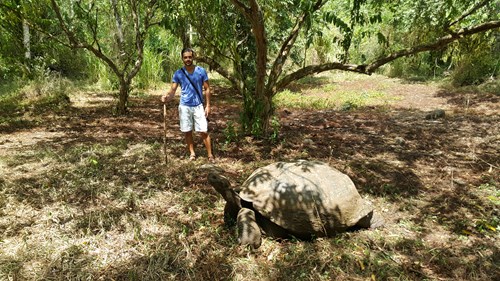 The Galapagos Islands are an archipelago in the eastern Pacific Ocean, about 600 miles from the Ecuadorian coast. Repeated volcanic eruptions helped to form their rugged mountains, which are known worldwide for their biodiversity. Many species are endemic to the islands, including the giant Galapagos tortoise.

For Abdulla, the Galapagos Islands remain as relevant to him, and his work at EGA, as the first moment he saw their stunning flora and fauna.

“Being there on these dream, protected islands makes you feel at one with nature,” Abdulla says. “Whenever I think about why I should take care of the environment, the images of the Galapagos Islands come back into my head. As human beings, we are stewards of a priceless natural inheritance and for me the Galapagos Islands symbolise our responsibility.” 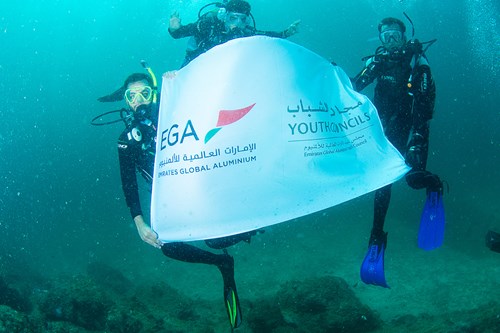 Abdulla’s work enables him to make contributions to environmental sustainability, such as by eliminating the need for hundreds of thousands of pieces of paper a year by digitising processes.  He has also marshalled colleagues to take action, leading scuba diving cleanups of the sensitive areas of the seabed of the Arabian Gulf.

“I also make this a priority throughout my daily life routine,” Abdulla says, “By recycling, composting, and planting both traditionally and hydroponically. My generation is determined to be the historical tipping point, taking our world back in the right direction.”

Aluminium plays an essential role in the development of a more sustainable society, and Abdulla recognises that it also matters how sustainably aluminium is made.

“I am proud to work for an organisation committed to embedding sustainability in everything we do and that aims to be a sustainability leader not just in the UAE but for our global industry,” says Abdulla, who has also served on EGA’s Youth Council. 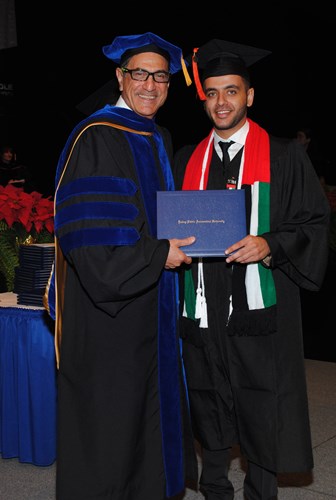 “I do get asked a lot ‘if you are so passionate about the environment, then why are you working in an energy-intensive sector?’ The way I think about it is that it gives me opportunity to actually make change, to be part of something that makes an impact. “EGA is a company with bold aspirations to give back to our people, to society and to the world we live in. What we need to do as a company is achieve the generational challenge of decarbonising our own industry.”

Industry 4.0 is part of the solution.

Abdulla has worked in the field since 2017 and took his current position in 2021. He has developed projects in both operational and corporate areas of the company using agile approaches that rely on speed and flexibility.

“We have scrum teams that bring together people with different expertise to deliver projects rapidly,” says Abdulla. “Our projects have impacts on environmental performance, but also our costs, operational efficiency and safety.” 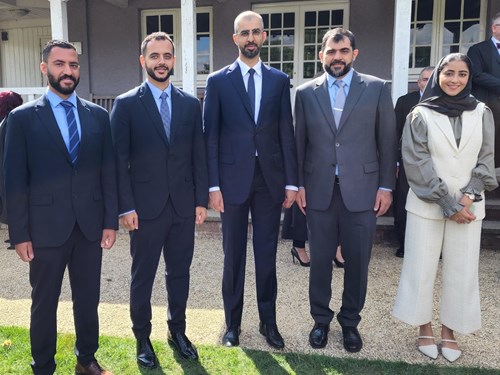 Abdulla, recently graduated from a University of Oxford’s Artificial Intelligence course arranged by the UAE’s Ministry of Artificial Intelligence. As part of a group from EGA’s Digital Academy, Abdulla and his colleagues won first prize for their practical project at the end of the course. In addition to EGA, the course welcomed teams from other leading companies and Government organisations across the UAE.

Abdulla is currently surveying the technological horizon to find more cutting-edge Industry 4.0 digital tools that EGA can integrate into its operations.

“There's a lot of advancement in predictive maintenance,” says Abdulla, “We are always looking into the new technologies that are out there and how to bridge them into EGA. This is part of my core job. I am responsible for developing the vision of the product, the vision of the project, and delivering the value as soon as possible.

“This very much links to environmental sustainability. When I talked about the importance of tackling climate change when I was younger, people used to say things like ‘come on, what do you think you can do to change the situation? Do you think you are going to save the world?’ Fast forward to today, and I know that I can personally contribute. The challenge is immense, and we all need to do our part. The world is worth saving and improving. This is my part.”