Like many industrial processes, aluminium production generates large volumes of by-products. But what if the industry could transform these by-products, currently considered “waste”, into safe, sustainable resources to be reused for other purposes?

This concept is called the circular economy, and how to apply it to waste at EGA is a question that Mohammed Al Jawi finds himself thinking about a lot. As the Senior Manager of Environment & Waste Management at Emirates Global Aluminium, his job is to improve every aspect of the company’s environmental performance. In his ten years at the company, much good work has already been done, with EGA succeeding last year in recycling almost 140,000 tonnes of industrial waste—a 37 per cent increase over the amount recycled in 2018, despite an overall decrease in waste generation.

But even with this success, Al Jawi continues to strive for more in his commitment to helping EGA achieve its long-term aspiration to send zero processed waste to landfills. In this quest, the recycling of spent pot lining (SPL) has emerged as one of the biggest opportunities for progress, with SPL ranking among the largest by-product streams in aluminium smelting.

SPL is the used inner lining of the reduction cells, often called ‘pots’, in which aluminium is smelted. Globally, the sector produces more than one million tonnes of SPL each year, much of which is stored indefinitely and is never put to sustainable, economic use. EGA, however, is taking a different approach that involves close collaboration with UAE cement companies to harness SPL’s potential as a sustainable, recyclable resource to replace some refractory materials required in cement manufacturing.

This collaborative effort began in 2010—the same year that Al Jawi’s passion for environmental solutions compelled him to join EGA. He brought with him an expertise honed as a professional working in the oil and gas sector; and as a student, earning a bachelor’s degree in chemistry and biochemistry from Boston University in the United States, as well as a master’s degree in project management from the British University in Dubai.

In his current role, Al Jawi is responsible for developing and implementing EGA’s environmental management systems and waste management projects—two areas where Al Jawi takes justifiable pride in the progress made since he first joined the company. “When EGA’s Al Taweelah facility opened in Abu Dhabi, in 2009, it was designed to incorporate ‘BAT’ technologies (best available technologies) for many aspects of its design. My role is to develop and implement best practices and management systems.”

A big focus of Al Jawi’s work has involved finding a productive use for SPL. He says the most common practice globally is to treat the material, which is comprised of contaminated carbon and refractory materials, so that it is relatively inert and then store it indefinitely. Seeing as EGA produces between 33,000 and 35,000 tonnes a year, Al Jawi says the goal was to find a use for all of it, which they’ve been doing since 2016 by repurposing it as a raw material for the cement industry. 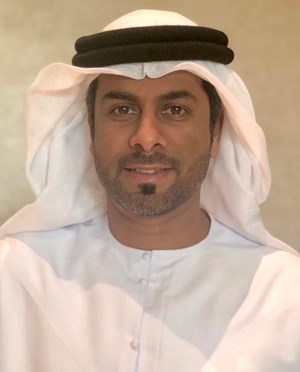 “It was a big challenge initially because we were having to work with an industry that didn’t know anything about the material. My job was to explain how the composition is very similar to what they use. SPL also works for steel production, but cement is a bigger industry in the UAE, so my job was to open the channels with cement manufacturers.”

To do this, he says EGA “did the homework for both parties” by engaging experts in the cement industry to outline the benefits of using SPL as a raw material. It resulted in “one or two” manufacturers agreeing to take SPL, which has since expanded to six or seven companies, who now use much greater quantities.

To accurately calculate the benefits of using SPL, EGA invited students from Massachusetts Institute of Technology (MIT) to study the benefits of using SPL in the cement making process. “We knew it was good, but we wanted to quantify this in emissions and energy,” Al Jawi says of the collaboration. “We found that CO2 levels went down 3.5 percent and energy consumption was also reduced. That may not sound like much but actually it’s huge – if the global cement industry was a country it would rank third in global CO2 emissions behind the US and China.”

The cement sector has also benefitted from another aluminium by-product in recent years. In 2019, EGA recycled 28,000 tonnes of carbon dust by supplying it to the cement industry as an alternative fuel. “This is another example of the circular economy, where cement-makers get a by-product from EGA and hence reduce their import of fuel.”

Although this has been a successful project, Al Jawi and his team are not done yet. He reiterates the goal is to recycle all EGA’s by-product materials. “We are recycling the majority, but we want it to be 100 percent.”

To that end, EGA recently worked with a third party on the construction of a dross waste processing facility near its Al Taweelah site. “Dross waste is a mixture of aluminium and non-metallic materials - it comes from the casting operation. We used to send it to a third party to recover the metal and the resulting non-metallic materials, known as slag, were then land-filled. Our new facility allows us to convert this waste into a productive material.”

EGA is also working to find economically-viable uses for bauxite residue, a by-product of alumina refining. Although academic research has been conducted for decades on potential uses, most bauxite residue produced worldwide is still stored indefinitely as waste. EGA’s research is focusing on large-scale applications for bauxite residue in the UAE, and success would be a global breakthrough for the aluminium industry. “Globally, only two percent is recycled,” says Al Jawi. “We are on a mission to make a big change here.”

Al Jawi says these constant challenges are the reason he has stayed at EGA for a decade. “The aluminium industry has many environmental challenges and I enjoy the task of finding solutions. The management team is very supportive in allowing us to explore new options, and that keeps my work interesting.”

It’s a policy that Al Jawi thinks has also enhanced EGA’s global reputation. “I've presented seminars across the world on our work at conferences, and we get great feedback,” he says. “We’re a leader in waste management.”

Al Jawi’s passion for his work is evident – and not surprisingly it even carries over into his family life. “I installed solar panels on the roof of my house,” he admits with a smile as the interview draws to a close. “I got my kids working on their recycling habits and we also made a family commitment to only use glass bottles for drinking water. I think we’re about 80 percent there— not all family members are onboard,” he says once again with a laugh.

As with all environmental endeavours, he has made great progress—but there is always more work to be done.

We use cookies to collect and analyse information on our site's performance. Cookies also allow us and our partners to show you relevant ads when you visit our site and other 3rd party websites, including social networks. For further information please review our Cookie Policy