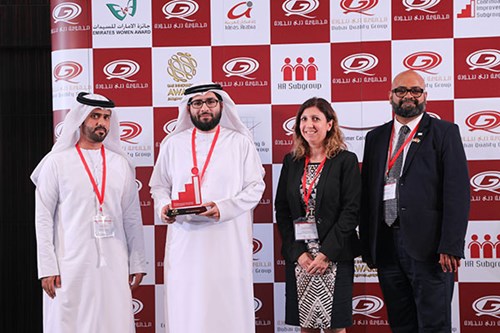 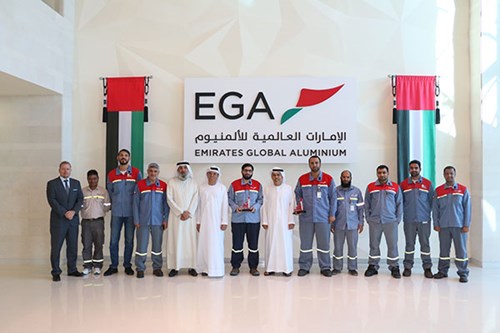 The awards were for improvement projects developed and implemented by mid-level managers under the ‘Tamayaz’ program at EGA.

Under the ‘Tamayaz’ programme, mid-level managers at EGA bring together their teams to understand problems, conduct detailed analyses to find potential improvements, and implement them. EGA has Lean and quality improvement experts who coach these ‘Tamayaz’ teams in their work.

Over the past six years EGA has won 27 awards at the annual Dubai Quality Group Continual Improvement and Innovation Symposium.

Abdulla Kalban, Managing Director and Chief Executive Officer of EGA, said: “Continuous improvement involves everyone at EGA and is an integral part of our corporate culture. I congratulate our colleagues for these awards, which are recognition from a prestigious organisation for their effort in making our company better every day.”

EGA has focused on continuous improvement for decades as the foundation of developing and maintaining global competitiveness. EGA also runs a suggestion scheme with smaller improvement ideas implemented directly by the employees who conceive them. The suggestion scheme has operated for more than 35 years with over 220,000 actionable ideas, saving the company more than AED 250 million.

The company has used its own in-house developed technology for every expansion since the 1990s.
EGA recently completed a $300 million project to retrofit older reduction cells with its own technology.

In 2016 EGA became the first UAE industrial company to licence its own large-scale industrial technology internationally, in a deal with Aluminium Bahrain.