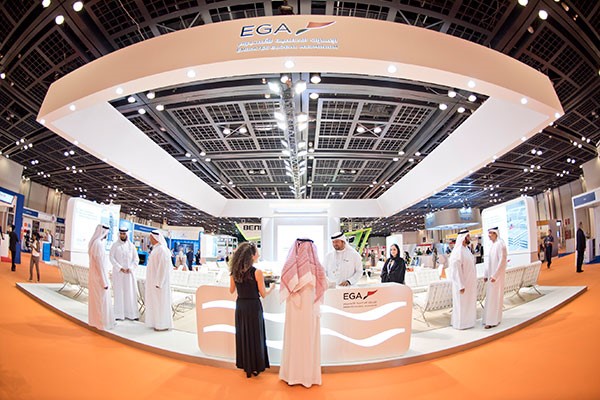 United Arab Emirates, 15 May 2017: Emirates Global Aluminium (EGA), the largest aluminium producer in the GCC region, joins 200 exhibitors from more than 20 countries this week at Aluminium Middle East in Dubai.

EGA is the largest aluminium producer in the GCC and the heart and foundation of the UAE’s broader aluminium sector. There are 26 companies in the UAE which make products with EGA’s aluminium and the sector as a whole is the biggest employer amongst the UAE’s energy intensive industries.

Abdulla Kalban, Managing Director and Chief Executive Officer at EGA said: “The development of EGA and the downstream companies in the UAE which we supply is an industrialisation success story for the UAE. Events like Aluminium Middle East are an opportunity to reflect on what we have achieved and discuss the outlook for the future.”

Since the 1970s, EGA has taken the UAE from no aluminium production to today producing one tonne out of every 25 tonnes produced worldwide.

In 2016 EGA sold over 10 per cent of its production domestically.

EGA began supplying nearby downstream customers in Abu Dhabi with molten metal through a dedicated hot metal road in 2016. Receiving molten metal means customers do not need to use high energy to re-melt it, reducing environmental emissions and costs.

EGA also makes contributes to the UAE’s economic diversification goals through its local procurement. Each year EGA spends around $1 billion in the local supply chain. EGA will be at Aluminium Middle East 2017 at stand A200 till 17 May 2017.