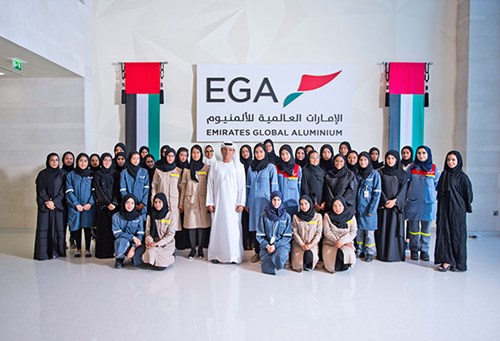 This annual event was officially launched in 2015 by Her Highness Sheikha Fatima Bint Mubarak, Chairwoman of the General Women’s Union, Supreme Chairwoman of the Family Development Foundation, and President of the Supreme Council, to recognise women in the country and highlight their important roles in the community.

Over 250 Emirati women work at EGA, pioneering the role of females in heavy industry. Some are also national female pioneers in their own professions and specialisations.