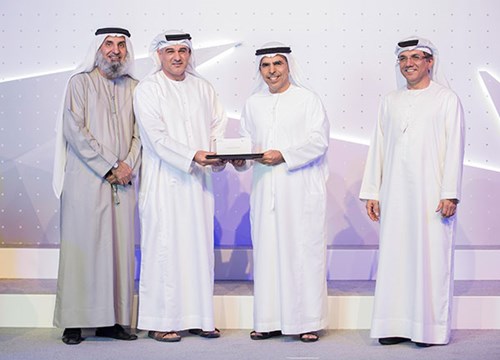 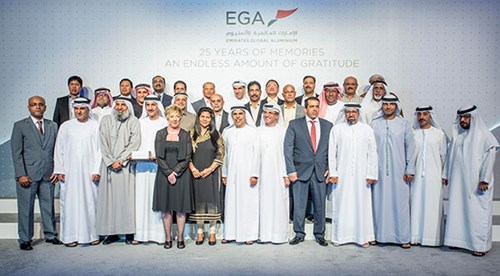 Abdulla Kalban, EGA’s Managing Director and CEO, hosted the event. Mr Kalban joined EGA as a graduate trainee in 1985 and marked 31 years with EGA this year.

Dr Ali Al Zarouni, Executive Vice President, Midstream and a member of EGA’s top Executive Committee, was amongst those reaching the 25-year milestone this year, as was Tayeb Al Awadhi, Senior Vice President.

Over half of EGA’s 11-strong Executive Committee are UAE Nationals who joined the company either as graduate trainees or shortly after graduating from university.

In total, 603 employees have completed at least 25 years’ service at EGA.

More than 40 per cent of the top 250 positions at EGA are held by UAE Nationals.

Mr Kalban said: “Performance in our industry is based on continuous technical and operational improvement, so our ability to retain key staff for the long-term is critical, whether they are UAE Nationals or expats. For local staff, this is also Emiratization in action. Developing people to the highest level in our company has always been our approach, and I see the results of this every time I meet with my Executives.”

Dr Al Zarouni joined the company as a graduate trainee in 1991 and was responsible for leading expansion and optimisation projects that have increased EGA’s operating efficiencies and productivity.

Dr Al Zarouni also heads up EGA’s technology development team, which has developed industry-leading technology that has been licensed internationally.

“Together at EGA we have built a global industry leader, which is also the foundation and heart of a growing broader aluminium industry in the UAE,” Dr Al Zarouni said. “EGA is delivering jobs, economic opportunity and wealth for our nation, and I think this is what keeps our people here for the long term.”