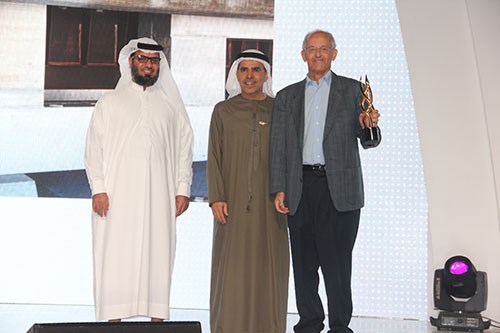 United Arab Emirates, 20 April 2016: The Technology Development & Transfer department at Emirates Global Aluminium (“EGA”), the largest primary aluminium producer in the GCC region and among the top five producers in the world, continues to focus its efforts on improving the operating performance of the proprietary reduction cell technologies at EGA’s midstream industry assets in the UAE so as to ensure ever more efficient, cost-effective operations. The practice is founded on a long history of successful technology development and industrial implementation that has positioned EGA as a respected competitor in this sector of the global aluminium industry. For example, EGA’s latest generation DX+ Ultra Technology – ranked among the most efficient reduction cell technologies currently available – has been selected by Aluminium Bahrain BSC for its Line 6 expansion project.

In keeping with EGA’s tradition of continuous technology development, both for technologies installed within its smelters and those transferred to external clients, a dedicated R&D project team at EGA’s Jebel Ali Operations successfully filed an application in September 2015 to patent the development of a symmetric cathode U-shaped busbar for magnetic compensation in the upstream corner of EGA’s DX+ Technology cells. EGA again worked closely with Takamul – an innovation support programme developed and operated by the Abu Dhabi Technology Development Committee (“TDC”) to help Emirati individuals, universities and enterprises in Abu Dhabi and the wider UAE, to protect and commercialize their innovative ideas – to develop and submit the required patent application documents.

“The idea of the new U-shaped busbar design emerged from our profound knowledge on how the magnetic field is generated by specific busbars and how the magnetic field components, such as Bz, influence cell stability,” explains Potocnik. “The main feature of the new symmetric U-shaped busbar is that it reduces the vertical component of the magnetic field (Bz) near the upstream corners of the cell, improving its symmetry between upstream and downstream of the cell. This decreases the metal pad perturbations, increases cell stability and improves the cell performance of DX+ Technology – especially in terms of metal characteristics.”

The U-shaped busbar design is now a key feature of the DX+ Technology in Potline 3 at EGA’s Al Taweelah Operations (also known as “EMAL”), comprising 444 cells currently operating at more than 460 kA. A thorough design validation process of the latest changes to the technology, including measurements and cell performance analysis, has once again demonstrated that DX+ Technology cells are world-class with prolonged pot life and improved output resulting in increased productivity, as well as improved energy efficiency and reduced costs.