It is perhaps apt that as Vice President of Technology Development & Transfer at Emirates Global Aluminium, Abdalla Alzarooni feels like his favourite moment at EGA is yet to take place – but it is one he eagerly anticipates.

“Let’s take a step back,” Abdalla initially replies when asked to describe EGA’s ground-breaking initiative to convert bauxite residue into soil products. For more than 100 years, industry experts have been conducting research and development in the field to find a viable use for bauxite residue, a type of caustic waste generated during alumina refining. 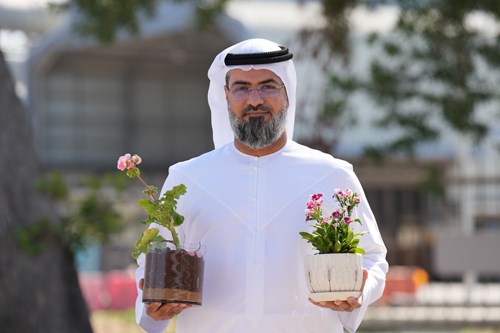 With some 150 million tonnes of the waste produced worldwide every year and less than two percent put to productive use, the discovery by Abdalla’s team of a solution is a giant leap forward.

So much so, that it has instigated the construction of a pilot plant at EGA – thought to be the first of its kind in the world – to convert bauxite residue into soil products that can be used for greening.

But, indeed, let us first take a step back.

Construction of the pilot plant in Al Taweelah, is expected to commence later this year and follows five very thorough and, at times, painstaking years of research and development, much of which was done here at EGA. Over the years of research, EGA collaborated with The University of Queensland’s School of Agriculture and Food Sciences and other universities including at the American University of Sharjah in the UAE and Texas A&M to name a few.

“We started by forming a team of experts and establishing a clear road map. We knew what we wanted to do and where we wanted to focus our efforts.

“We set that target right from the beginning – we had to start doing something different.”

At EGA, we have a bold aspiration to embed sustainability in everything we do, and this project is part of our drive to be a global sustainability leader for the aluminium industry by 2030.

The breakthrough centred around what EGA calls Turba – the Arabic word for soil – and came following a brainwave about bauxite coming from the company’s plant in Guinea.

People have been working on the reuse for bauxite residue for 100 years and they have not come across a solution yet. However, trials have shown that EGA’s manufactured soil enhances plant growth while using less water and fertiliser than native sandy alternatives. The pioneering process converts bauxite residue in its entirety in hours into an environmentally-benign, plant-friendly soil.

But there is another reason as to why this achievement is not Abdalla’s career highlight at EGA.

“We have reached a very great discovery, says Abdalla, “but I do not want to jump up and down and say this is a done deal.

“I know that it is not enough yet. We must now demonstrate this at industrial scale, and that's where we are at today.”

Only then – and on one condition – will Abdalla be prepared to declare the proudest moment of his career.

“The proudest moment will be when we stop sending bauxite residue to permanent storage entirely,” smiles Abdalla, who is from Sharjah. “That will really be the proudest moment of my career and is what I am concentrating on.” The work could contribute directly to the UAE’s aim of reducing waste-to-landfill by 75 per cent by 2030, lowering greenhouse gas emissions, optimising local resources, and through R&D, contribute to the overall development of the UAE knowledge economy.

While the bauxite residue re-use work is a source of particular pride, there are many other facets to Abdalla’s role at EGA. He was part of the team that established the technology transfer function at the company. He is “very, very proud” that EGA is now successful in selling technology outside of the UAE.

In 2016, EGA became the first UAE industrial company to license its core process technology internationally, in a deal with Aluminium Bahrain.

He also works closely with the team designing and modelling the aluminium reduction cell technology. Abdalla, a keen football fan who supports Manchester United and plays right wing when he puts on the boots himself, lends his expertise in the operation and process control of development cells. It is therefore of little surprise that the development of cell control systems and logics also fall under his purview at EGA. 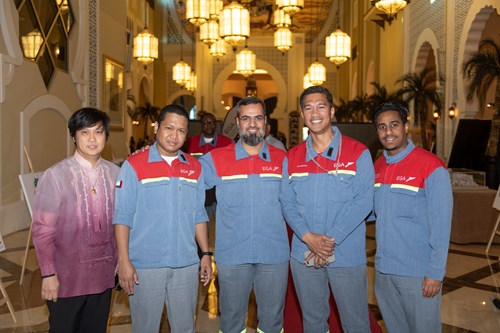 Indeed, technology development and transfer is not just important at the UAE’s biggest company outside of the oil and gas industry, he says, but “one of the pillars of EGA”.

“Innovation & continuous improvement is one of our core values,” Abdalla adds.

Not only is the story of Turba historically momentous, but it is truly indicative of EGA’s role as a technology pathfinder. And it will also hopefully – and hopefully very soon – reward Abdalla with the favourite and crowning moment of his career.