Learning to unlock the genius

As a child, Jacqui Roberts developed a love of learning that lasts to this very day.

Jacqui’s father was an academic, a genetics professor, and his main passion in life was teaching.

From him she acquired not just an understanding of the transformative power of learning but the invaluable gift of helping others to discover their true potential. 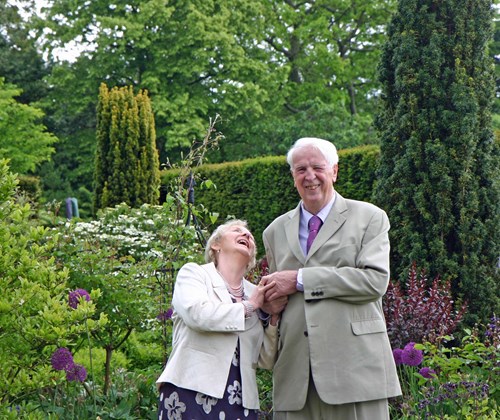 “I have inherited the belief that inside all of us there's massive potential, if we can only unlock it,” the director of organisational effectiveness and talent development at Emirates Global Aluminium says. “It is a fundamental human right recognised by the UNHRC [United Nations Human Rights Council] to be able to learn, develop and grow.”

Unlocking potential and enabling every single person attached to EGA to learn, develop and grow is something that is important to Jacqui and the organisation. EGA’s story, she adds, is “a story of learning”.

“EGA has a long and proud history of developing its people and that is deeply embedded in the corporate culture,” Jacqui says. “This goes right back to the 1970s when our predecessors were starting an aluminium smelter in the UAE where one hadn’t existed before. You need to build all the skills and capabilities just the same way you need to build the infrastructure to create aluminium.”

With a PhD in genetics from the University of Edinburgh, and a background in transformational change that included working for leading consultancy Accenture and seven years at BP as head of HR strategy and planning, Jacqui joined EGA in 2015. One of the things that attracted her most to the largest industrial company in the UAE outside oil and gas was “the culture of the organisation”. 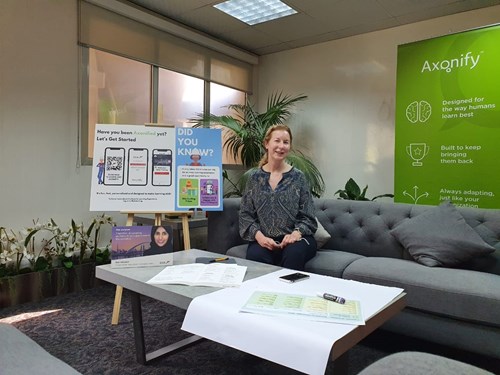 “I felt the leadership team were deeply committed to doing the right thing for their people, including supporting their development,” Jacqui comments.  “EGA is very committed to developing all of its people. We don't only look at certain nationalities or certain grades, but everybody in EGA. We believe all of our people have potential – and a genius that we can tap into.”

Fitting then that the tagline for ‘My Learning’ on EGA’s intranet ‘My EGA’ is ‘Unlock The Genius In You’. The microsite has a wealth of online and in-person courses. The logo for it – “which I love,” says Jacqui – is the locking together of the bright ideas of a person’s brain inside a light bulb.

What Jacqui has implemented at EGA is the evolution from the era of what she terms “talk and chalk” to the Learning 4.0 goal of creating an ethos of lifelong learning in the organisation.

“The traditional learning approach is ‘periodic’ and ‘functional’, where you have episodes of learning – for example, ‘Jacqui, you’re useless at PowerPoint, go on a PowerPoint training course’,” she explains. “The learning is classroom based, in a fixed place and at one time, is one-size-fits-all and is quite time consuming. And, traditionally, the role of learners is quite passive. But, of course, in a globally connected world, you can access the best in the world from anywhere in the world now.”

Hence, Learning 4.0. “It's a subset of Industry 4.0,” Jacqui offers. “Learning's got to be continuous, lifelong and growth-oriented. Our learning priorities need to become much more strategic, and we need to be able to understand the ROI [return on investment] on what we're delivering. And the delivery has got to be anytime, anywhere learning. It has to be on demand – just like on demand TV, if you will – and as flexible, as personalised and as time efficient as possible.”

And while there is still a distance to go on EGA’s learning journey, there has been “a lot of progress”, Jacqui says.

This includes renovating the training centre, complete with a café in the foyer area, to replicate the campus environment of learning. In addition, a set of leadership expectations were put together to establish a clear definition of what could be accomplished. New learning platforms have also been instigated over the past few years. These include LinkedIn Learning – “snackable learning,” as Jacqui describes it, befit for the modern, busy, digitally-savvy but impatient professional – and the rollout across the company of Axonify, which includes questions and games as part of its learning tools.

“We have a lot of people who work in the plant, and they don't sit in front of computers all day long,” says Jacqui. “They don't have much free time, so it's aimed at them and used for refreshers on vital safety principles, key services available to colleagues such as EGA’s employee assistance scheme, as well as the basic rules and regulations of the organisation.” Recently, she adds, Axonify has been used akin to an internal form of Twitter to support culture change at EGA – an area Jacqui is playing a leading role in. 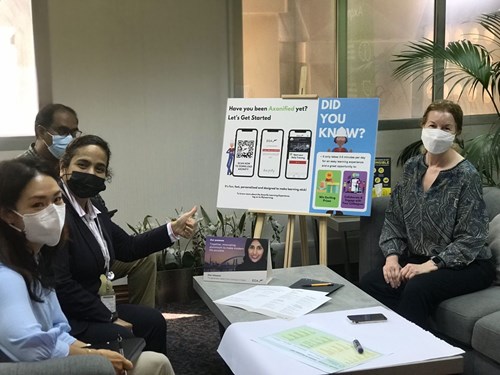 Added to the gamut of opportunities, there is also Edx learning at EGA. Edx is an initiative started by Harvard and MIT with a mission to make world class university course content available to anybody, anywhere from around 150 of the best academic institutions in the world.

Potential leaders at EGA can also benefit from Ruwaad, a flagship leadership development programme lasting six months conducted with the Said Business School at the University of Oxford.

But ask Jacqui her proudest moment on her journey of discovery at EGA and she replies that there are simply too many. Urged to pick one, she chooses the period when the COVID-19 pandemic struck in 2020 and EGA’s learning and development team were able to implement a full learning curriculum in a virtual environment in less than six weeks. 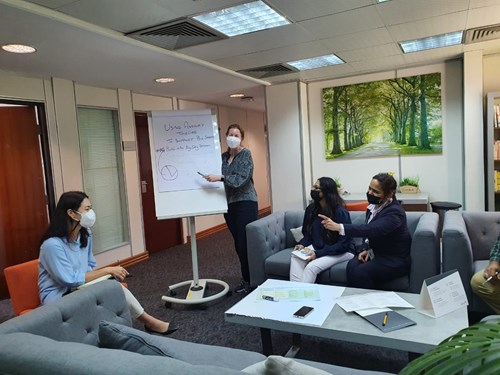 There is, however, Jacqui adds, another proud moment. But it’s a moment to come. As part of reshaping EGA’s purpose, mission, and values, one of the commitments that has been made is to become a talent-driven organisation.

“In becoming a talent-driven organisation,” Jacqui comments, “we've also got the bold aspiration of investing a minimum of three percent of our total workforce costs in people development. This is the global benchmark for the best companies, and it is challenging but achievable.

“It’s worth noting that the purpose and these bold aspirations was developed by our executive team. And it is our CEO himself, Abdulnasser Bin Kalban, along with my boss, the EVP of human capital, Iman Al Qasim, who are most passionate about becoming a talent-driven organisation.

When we hit that, that’ll probably be my proudest moment – just because of the journey to get there.”