A family of smelters

Sergey Akhmetov’s passion for aluminium smelting began when he was just a boy, growing up in Siberia.

“I think the first time I stepped into a smelter was a young schoolchild,” says the Russian national. “That was a time when there were different safety considerations. During the summer holidays, I remember going inside the smelter with friends. I remember feeling the process fumes and the splashes of liquid metal—that was a part of my childhood. Since then safety standards have been transformed and I can’t imagine my children running around a smelter now!”

For Sergey, executive vice president of Midstream at Emirates Global Aluminium, smelting is far more than a job. It is a family tradition and a way of life.

Krasnoyarsk, Sergey’s hometown in Siberia where temperatures can drop to below minus 40 degrees Celsius in winter, has one of the largest smelters in the world. Founded in 1964, it has produced not just aluminium, but also the calling of the Akhmetov family.

“My family is the smelting family,” Sergey declares with a smile. “My parents are smelter people, and they were very successful in the Russian aluminium industry. 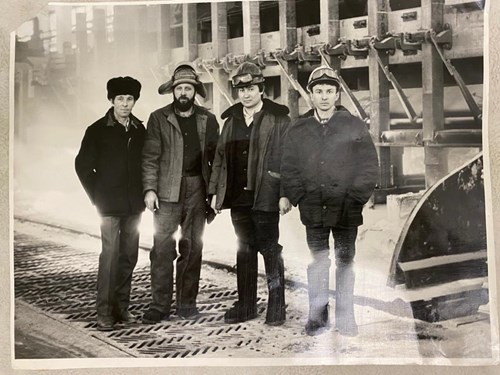 “Both started in the industry as youngsters and then progressed. My father began as a supervisor on the shopfloor in the potlines. My mum initially worked as a technician in cell-lining process control, doing all the measurements and verifications. In time my father became a managing director of the same smelter and my mother was the commercial director of several aluminium organisations.” 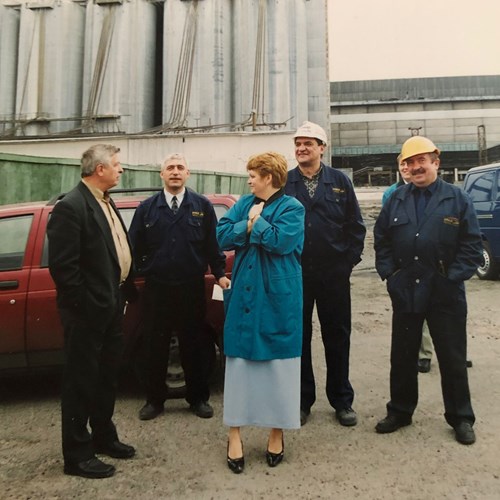 Sergey’s parents never dreamed a career in metallurgy for him. Instead, they hoped he would pursue law. Sergey, for his part, knew upon entering university that he was destined to follow in his parents’ footsteps: “I wanted to be the smelter guy. Metallurgy was in my DNA.”

Sergey holds not only a degree in metallurgical engineering from Krasnoyarsk State Academy of Non-Ferrous Metals and Gold, but, from the same university, another in economics and management. He studied for both degrees simultaneously.

Remembering his years as a university student, Sergey describes what most students would agree was a packed schedule: “In the mornings, I did my basic metallurgy. Then, in the evenings, I focused on my second degree in economics and management.”

Altogether, Sergey says, earning these two degrees took five years, during which “I came to understand both the technical side, and the fundamentals of effectively managing organisations.”

After university, Sergey worked for a decade in various operational and technology roles at RUSAL, a major Russian aluminium firm. In 2010, he joined EGA (then known as Dubai Aluminium) as manager of Process Optimisation. 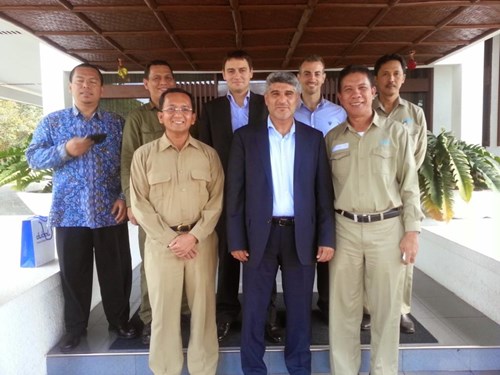 Why leave his family’s Russian smelter legacy behind for a career in the UAE?

“One of the reasons was to build my own legacy in the field I love,” Sergey explains, “In Russia, everyone saw me as the son of my parents. I wanted to chart my own career path in a place where my name meant nothing—where I would have to rely only on my ability to prove myself.”

And prove himself he did. By 2014, Sergey was promoted to lead EGA’s Reduction department in Jebel Ali. Two years after that, he was given responsibility for Reduction in Al Taweelah as well.  In 2020, he was made executive vice president of Midstream and joined EGA’s Executive Committee. Today he leads a team of more than 4,000 people.

Sergey says: “At the helm of the Midstream team, I enjoy working with a multi-national, multi-cultural teams of professionals in port operations, power generation, carbon production, reduction itself, and maintenance.  I continue to work with technology development and transfer team, which is where I was primarily focused when I first joined the company and that is exciting for me.

“My 11-year journey at EGA has been very fast, because my learning curve has been steep. I love what I do. At the end of the day, my role in the company is quite simple: keep every one of our people safe, and produce responsibly and efficiently the metal our customers need.”

It is quite clear speaking to Sergey that at the very centre of his life are family and smelting. Sergey is married to Anna, a school classmate who became his wife when they reconnected as university students. The couple have three children. But while the Akhmetov family will have to wait and see if any of the next generation of Akhmetovs continue the smelting tradition, Sergey has no doubts how important growing up in a smelter community in Russia was for him. 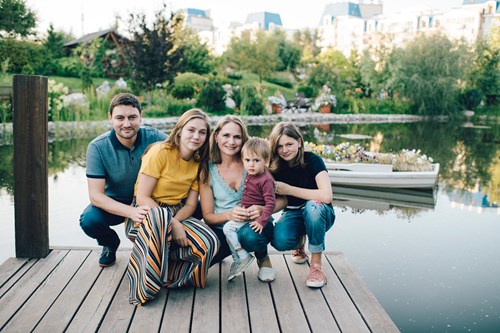 Expanding further on his passion for the job, Sergey homes in on his devotion to EGA’s mission and purpose: “We innovate aluminium to make modern life possible. EGA is an amazing company with a great legacy, driven forward by a palpable corporate culture that emphasises the greater good.”

By ‘greater good,’ Sergey clarifies he means a “devotion to something bigger than ourselves—to the world, to the societies in which we operate, and to our people”.

He adds: “We continue to grow and succeed as a company because of this purpose-driven culture. Now, looking into the future, we are on track to not only exceed our historical performance, but also our competitors. And it’s this commitment to continuous improvement that forms the foundation of this company. It is one of our core values to innovate and always get better.”