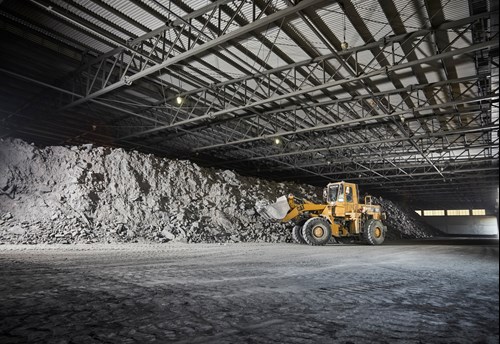 United Arab Emirates, 11 November 2018: Emirates Global Aluminium, the largest industrial company in the United Arab Emirates outside oil and gas, signed an agreement with Arkan, a leading building materials company, to supply a waste product from aluminium smelting for use in the manufacturing of cement.

EGA will directly supply Arkan with spent pot lining, the used inner lining of reduction cells in which aluminium is smelted. Globally the aluminium industry produces more than one million tonnes of spent pot lining each year, according to industry experts, much of which is stored indefinitely.

EGA is building facilities at its Al Taweelah site to process spent pot lining so it is delivered ready to be used by cement companies as an alternative fuel and raw material. EGA has previously worked with third-party processing companies.

Arkan has been testing EGA’s spent pot lining for use in its processes since last year.

Abdulla Kalban, Managing Director and Chief Executive Officer of EGA, said: “We have made tremendous progress in finding economic uses for spent pot lining, which is a challenge for our industry around the world. I am pleased that we will be working with Arkan to turn waste into value, improving the environmental performance of both our companies to the benefit of our nation.”

His Excellency Engineer Jamal Salem Al Dhaheri, Chairman of Arkan, said: “We have conducted rigorous testing on EGA’s spent pot lining to ensure that it works effectively in our industrial process. Spent pot lining will reduce our need for both fuel and quarried rock in line with Arkan’s vision of “waste to fuel” plan”.