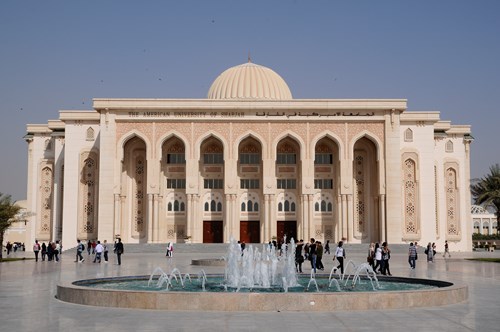 Research could contribute to finding economic uses for bauxite residue, a by-product of refining alumina

United Arab Emirates: Emirates Global Aluminium, the largest industrial company in the United Arab Emirates outside oil and gas, has signed an agreement with the American University of Sharjah to research the use of organic wastes in improving soil properties for plant growth.

Scientists from the AUS College of Engineering will study the conversion of commonly-available organic wastes, such as food and agricultural wastes, into biochar, which is a highly-stable form of carbon that is used worldwide to improve the potential of soils to support plant life.

The research project will be the first to comprehensively investigate the potential of organic waste materials found in the UAE for use in biochar, and to analyse these biochars’ water and nutrient holding capabilities. EGA is fully-funding the two-year, AED 630,000 research project.

EGA is interested in the potential of combining biochar with bauxite residue to create soil for greening and other uses in the UAE. EGA is separately working with The University of Queensland’s School of Agriculture and Food Sciences to research the viability of using bauxite residue for this purpose.

Bauxite residue will be a by-product of EGA’s under-construction Al Taweelah alumina refinery, once it begins production during the first half of 2019.

Abdalla Alzarooni, EGA’s Vice President of Technology Development & Transfer, said: “Finding economic uses for bauxite residue is a challenge for our industry globally. This research with AUS is an important part of our investigations into one potential solution, and we are pleased that we can work with UAE-based scientists on this project. We also hope this project will help the UAE more broadly in reducing waste to landfill in line with ‘UAE Vision 2021’.”

Industry experts estimate that at least 150 million tonnes of bauxite residue are produced worldwide each year. It is thought that less than two percent of this is currently put to productive use.

While new productive uses for bauxite residue are being developed, EGA will operate a dedicated storage site in line with current world-class best practice, about 30 kilometres inland from the coast in Khalifa Industrial Zone Abu Dhabi.

EGA works with local and international universities to combine the latest scientific thinking with EGA’s decades of experience in the aluminium industry in order to find solutions to technical challenges.