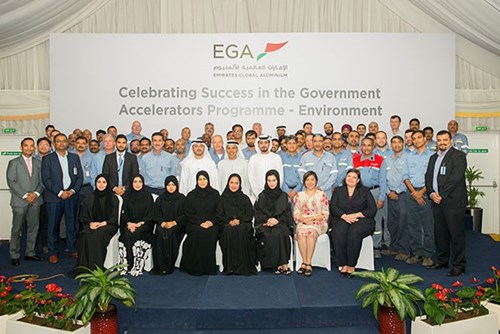 EGA worked with the Ministry of Climate Change & Environment and GE to reduce its NOx emissions by 16 per cent in just 100 days ending in February, exceeding a Government Accelerators programme target. This is equivalent to removing 450,000 cars from UAE roads.

The gathering was hosted by Abdulla Kalban, EGA’s Managing Director and Chief Executive Officer and was attended by more than 100 accelerators team members from the Prime Minister’s Office, the Ministry of Climate Change & Environment, EGA and GE.