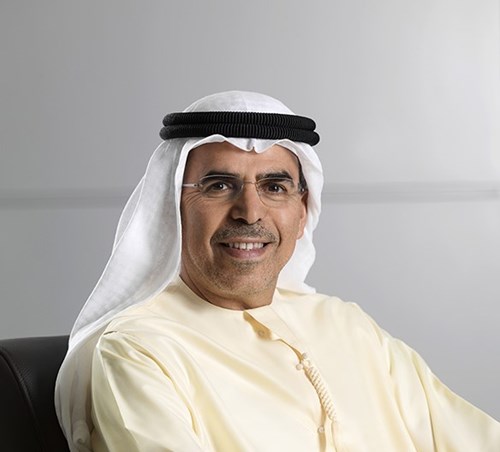 United Arab Emirates, 28 February 2017: Emirates Global Aluminium (EGA), the largest industrial company in the United Arab Emirates outside the oil and gas industry, today reported net income for 2016 of AED 2.1 billion, an increase of 10 per cent compared to 2015. Earnings Before Interest, Taxes, Depreciation and Amortisation (EBITDA) stood at AED 5.0 billion, in line with 2015.

In 2016, 82 per cent of EGA’s production was value-added products that commanded higher premia than standard aluminium products, an increase from 77 per cent in 2015.

Abdulla Kalban, EGA’s Managing Director and Chief Executive Officer said: “The hard work of EGA’s employees delivered strong financial performance in 2016 despite challenging conditions in the global aluminium market. This is a result of our focus on cost management, operational efficiencies, continuous improvement of our technology, and responsiveness to the needs of our customers around the world. I am pleased with the progress we have made in 2016 in strengthening EGA’s position in the industry and contributing further to the industrial diversification of the UAE.”

During 2016, EGA made substantial progress in its strategic objective of expanding upstream in the aluminium value chain and internationally to create new revenue streams and secure strategic supplies for the UAE’s aluminium industry.

In June, EGA’s Board approved construction of a 12 million tonnes per annum bauxite mine (with future expansion potential) and associated export facilities in Kamsar in the Republic of Guinea in EGA’s first expansion into mining, managed through its subsidiary company Guinea Alumina Corporation (GAC).

There was significant construction progress on EGA’s first phase of its Al Taweelah alumina refinery during 2016, targeting a capacity of 2 million tonnes per annum of smelter grade alumina, with further expansion potential on its site adjacent to the Al Taweelah smelter.

EGA supplies aluminium to some 300 customers in over 60 countries worldwide.

Domestically EGA sold 262 thousand tonnes of aluminium to customers in the UAE in 2016, over 16 per cent more than the 225 thousand tonnes sold in 2015 and over 10 per cent of total production, contributing to the growth of the broader aluminium sector and serving as an engine for the continued economic diversification of the country.

EGA employs some 7,500 people in its UAE operations, and is the foundation of an aluminium ecosystem of around 22,000 further jobs across the country.

In 2016 EGA earned licence fees for its technology for the first time following a successful bid to supply technology to Aluminium Bahrain. The agreement was the first time a UAE company has licensed its industrial technology internationally.

EGA has focused on innovation for over 25 years and has used its own technology in every expansion since the 1990s, achieving industry-benchmark levels in cell productivity and energy efficiency.

EGA is equally-owned by Mubadala Development Company and Investment Corporation of Dubai.