EGA employees raise flag as proud soldiers of the UAE 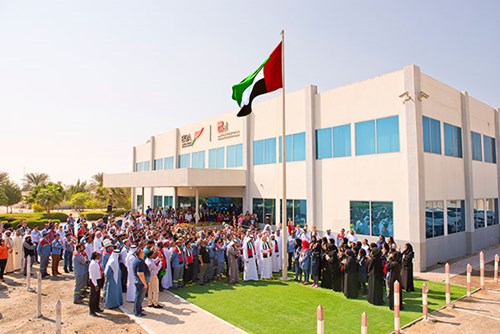 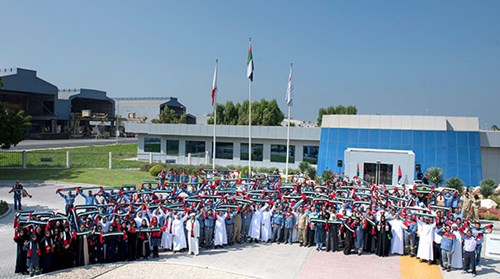 Flag Day was created by H H Sheikh Mohammed bin Rashid Al Maktoum (Vice President and Prime Minister of the UAE, and Ruler of Dubai) to mark the anniversary of H H Sheikh Khalifa bin Zayed Al Nahyan’s accession as President of the UAE. It is held annually on 3 November. In keeping with the theme announced by the UAE Ministry of Culture, ‘We are all soldiers of the UAE, each in this field’, the EGA ceremonies invited employees to ‘take your place as a soldier of the UAE’.

“The UAE flag represents the justice, peace, tolerance, power and moderation which allow Emiratis and residents of the country to live in security and stability; and enjoy a high quality lifestyle,” says Abdulla Kalban (MD & CEO: EGA). “As a proudly Emirati-owned and operated business, EGA not only benefits from the same attributes but is also committed to ‘giving back’ to our nation by building a legacy of excellence for the UAE. It is therefore an honour and a privilege for us – as a business and individual employees – to take our place as the nation’s soldiers and to celebrate Flag Day each year.”