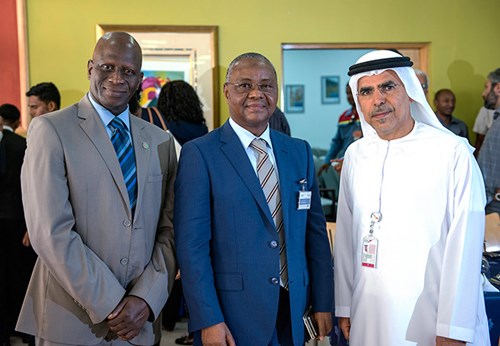 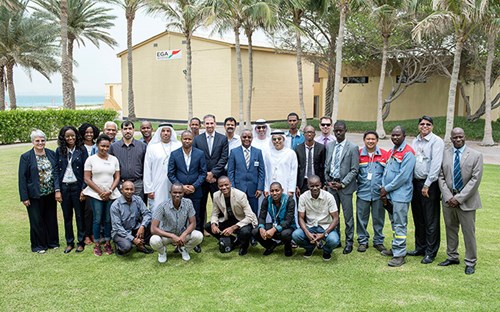 United Arab Emirates, 03 May 2016: Emirates Global Aluminium (“EGA”) and its wholly owned Guinea-based subsidiary Guinea Alumina Corporation (“GAC”) are pleased to announce the arrival in the UAE of the second group of trainees enrolled for the GAC Skills Training programme, hosted at EGA’s UAE operations. The programme gives substance to GAC’s corporate objective to enable Guinea nationals to play a leading role ultimately in driving the GAC project. Now in its second consecutive year, the programme attracted thousands of applicants through a nationwide competitive recruitment process, from which the successful candidates were selected.

This year’s group of 14 young Guineans includes two women. They arrived in the UAE last month and will spend 9 months in the country to benefit from direct exposure and gain practical experience from world-class facilities and globally recognised experts within EGA’s operations. Upon completion of the programme, the trainees are expected to return home and apply their new skills on the GAC project for the ultimate benefit of Guinea.

The event kicked off with a briefing by Mr Morrell on the rationale and key objectives that motivated the initiation of the programme, and GAC’s expectations of the trainees.

Ambassador Souare then addressed the gathering, expressing first his gratitude to EGA for the invitation. He also indicated that the government of Guinea, particularly Guinea’s President, H E Pr. Alpha Conde, strongly believes in and nurtures a considerable amount of hope that the solid relationship between Guinea and the UAE will continue to bear fruit. He added that the GAC Skills Training Programme is an eloquent demonstration that the hope and vision driving the efforts of both countries’ leaders would yield long-lasting returns for Guinea and the UAE. To the trainees his message was: “You have a unique opportunity for exposure to the best practices in the aluminium industry. More importantly, you have a chance to discover the ingenious ways of the UAE people who, in just 40 years have transformed their country from a sparsely populated desert to one of the top attractions in the world. Please learn from both and take the knowledge back home with you.” In turn, Abdulla Kalban expressed satisfaction for the level and quality of the relationship between Guinea and the UAE. He reiterated EGA’s commitment to the GAC project, and to empowering young Guineans with the ultimate goal of them becoming tomorrow’s leaders of the project.