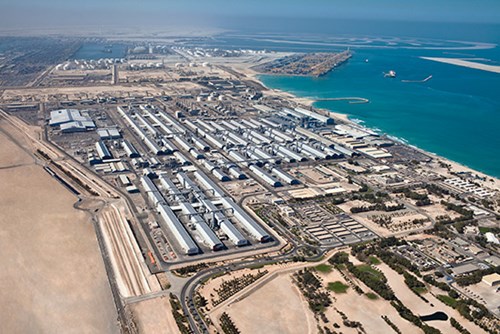 United Arab Emirates, 22 May 2016: As part of its commitment to help shape the future of the global aluminium sector, Emirates Global Aluminium (“EGA”) will host the 20th Arab International Aluminium Conference (“ARABAL”) at Madinat Jumeirah in Dubai, UAE, from 22 to 24 November 2016. EGA, through its core operating assets Dubai Aluminium (“DUBAL”, also known as Jebel Ali Operations) and Emirates Aluminium (“EMAL”, also known as Al Taweelah Operations), has been involved in ARABAL since its inauguration in 1983; and 2016 marks the sixth time that EGA will host the event.

More than 2,000 local, regional and international delegates, speakers, sponsors and exhibitors and visitors are expected to attend the Middle East’s premium aluminium industry gathering. Combining a strategic conference with an international exhibition, ARABAL is the only event of its kind in the region to unite all the leading primary aluminium manufacturers in the GCC, enabling industry leaders to network, conduct business, discuss global challenges and identify suitable solutions.

Commenting on EGA’s continued role as the host of ARABAL, Abdulla Kalban (MD & CEO) said: “EGA is always proud to host ARABAL, which is widely recognised as one of the leading global gatherings for the aluminium industry. The Middle East region offers immense growth opportunities for the global aluminium industry, especially as the sector already holds the proud position as one of the region’s key non-oil industries. ARABAL is the perfect platform to showcase the Middle East’s position as a regional industry powerhouse.”

Under the theme “Global Challenges – Seeking Solutions”, the two-day ARABAL conference will focus on a number of important topics including the Gulf aluminium industry perspectives; sustainability; operations and technology; scrap and recycling; end-user perspectives; and China’s influence in the market. The exhibition held alongside the conference will showcase 65 of the biggest names in the global aluminium sector, featuring specialists across the spectrum – from upstream, through midstream, to downstream industry.

EGA is the largest primary aluminium producer in the Gulf region and among the top five in the world. With a hot metal production capacity of 2.4 million tonnes per year, EGA’s midstream assets accounted for approximately 4.3 per cent of global production capacity in 2015. EGA also has interests in the upstream bauxite mining and alumina refining sectors.