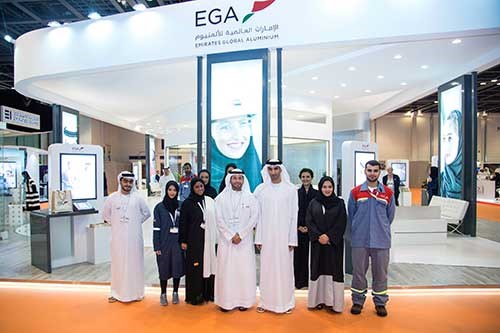 United Arab Emirates, 02 June 2016: Emirates Global Aluminium (“EGA”) – one of the world’s five top aluminium producers and a leading global player in the aluminium industry – participated successfully at Careers UAE 2016, which took place from 16 to 18 May. So says Ahmed Al Shamsi (Executive Vice President, Human Capital), who advises that more than 2,500 applications were received during the three-day event; and that a larger number of engineering graduates applied compared to last year.

“The number of potential candidates received at the event is encouraging as it confirms EGA as an employer of choice in the UAE,” says Al Shamsi, adding that 25 UAE Nationals were interviewed during the fair for specific roles within EGA. “Young Emiratis are attracted by the highly competitive salary and benefits packages we offer, as well as the programmes in place to help shape their career paths through professional growth and development within EGA. They are also intrigued by the unique career development prospects we offer in technical areas of our operations; and the exciting career prospects offered by our local and international expansion plans.”

Another key differentiating factor that appeals to young Emiratis is EGA’s promotion of a performance-based work culture. “We empower individuals through ownership, accountability and team support,” says Al Shamsi.

One of the largest organisations outside the UAE’s oil and gas industry, EGA contributes to the nation both through economic diversification and the provision of long-term career opportunities for Emiratis – the latter demonstrating EGA’s ongoing support for the Emiratization vision and objectives of UAE government. “Emiratization is a key component of EGA’s efforts to maximise its impact on the social and economic development of the UAE,” explains Al Shamsi. “EGA’s Emiratization Strategy is therefore designed to attract and retain candidates at different career levels, with the goal of UAE Nationals making up 42 per cent of our workforce in the next five years.”

Al Shamsi concludes by stating that EGA and its operating subsidiaries have participated at Careers UAE since 2001. “Careers UAE is a great platform to connect with Emirati talent interested in joining our workforce. We consider it integral for delivering our Emiratization strategy and achieving our goals,” he says. 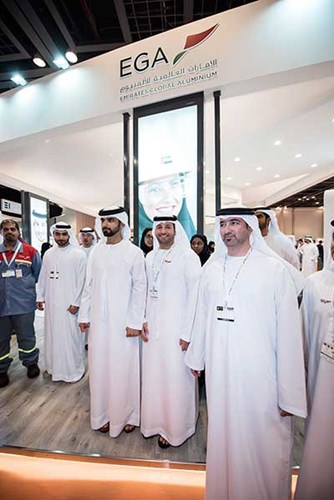