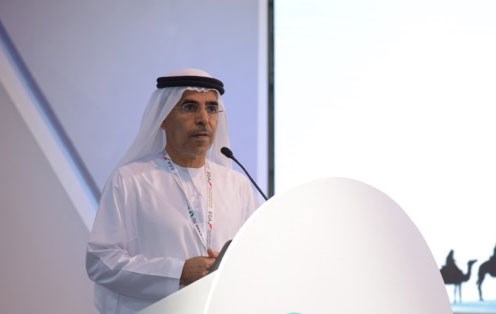 Held under the patronage of His Highness Sheikh Mohammed Bin Zayed Al Nahyan (Crown Prince of Abu Dhabi and Deputy Supreme Commander of the UAE Armed Forces), WFES is a key part of Abu Dhabi Sustainability Week 2016. The annual event is widely considered the world’s foremost summit dedicated to advancing future energy, energy efficiency and clean technology. As in prior years, the 2016 summit will gather a high quality global audience comprising government leaders, thought leaders, entrepreneurs, investors and thousands of visitors with a common interest in the latest developments in these fields.

“EGA has a long and solid relationship with WFES,” says Abdulla Kalban (MD & CEO: EGA). “The summit reflects many of our core values and our commitment to the pillars of sustainability – specifically environmental protection through optimising the energy consumption of our operating subsidiaries. As an organisation, we aim to excel through continuous improvement and innovation. We are strongly committed to deploying the most sustainable technologies available, reducing total emissions and adopting global best practices for the environment management systems at our operations.”

Reflecting these parallels, EGA will use its presence at WFES 2016 and the associated exhibition to create greater brand awareness and engage with business leaders in the future energy, energy efficiency, clean technology and environment sectors.