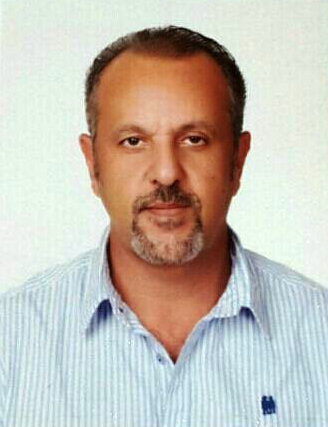 United Arab Emirates, 24 January 2016: Emirates Global Aluminium (“EGA”) is the fifth largest aluminium producer in the world with a production capacity of 2.4 million tonnes per year. Aluminium production is an energy-intensive industry, such that using less energy during the production process reaps a number of benefits – including lower operating costs and reduced emissions levels. Over the past 25 years or so, EGA has made substantial investments in developing technologies that ensure continuous improvements in the company’s operations, with energy-efficiency being at the top of the agenda.

More recently, efforts have been launched to protect the company’s inventions through applications to patent EGA’s proprietary technologies. Since 2014, EGA has worked closely with Takamul in developing and submitting the required patent application documentation.

A case in point is a new tall cathode structure that has been developed by a team of engineers at EGA subsidiary Dubai Aluminium (“DUBAL”, also known as EGA Jebel Ali Operations) to improve energy efficiency in the aluminium production process. A patent application for the invention was filed by EGA in December 2014. After evaluation by Takamul’s Patent Review Committee, approval for financial support was granted in March 2015.

The project, launched in 2011, aimed to identify a structure that provided a barrier to metal flow during the electrolysis process. The targeted result was lower metal velocity, which would help improve electrolytic cell magneto-hydrodynamic (“MHD”) balance and enable the cell to be operated at a lower voltage. The resulting improved energy-efficiency would reduce the operations’ carbon footprint and save on energy-related costs.

The importance of energy efficiency is explained by Sergey Akhmetov (Vice President, Reduction, EGA Jebel Ali Operations) who says, “The energy cost of producing aluminium from alumina is considerable. Typically, 12 kWh to 16 kWh is needed to produce one kilogram of aluminium. Given that the cost of electricity is approximately US$0.05 to US$ 0.10 per kWh (equivalent of AED 0.18 to AED 0.36 per kWh), a reduction in energy output can result in significant cost-savings. For example, for a plant with an annual production capacity of one million tonnes – such as DUBAL – an energy-efficiency solution could result in savings of US$ 6 million per year.”

Ibrahim Baggash (Director, Smelter Services) led the project, supported by Alexander Arkhipov (Manager, Modelling) and Sergey Akhmetov. The team began by exploring existing structures in the industry internationally. However, following extensive research, the conclusion was reached that a completely new solution had to be developed specifically for DUBAL’s requirements.

“Our cell design and anode to cathode alignment is unique, so nothing readily available on the market would suit,” says Baggash. “So we set out to develop a customised solution for our purposes. We also committed to finding a solution that could be manufactured simply and cost-efficiently; and one that could be pre-heated using conventional methods.”

Once the initial concept was devised, the final design was chosen based on mathematical modelling results before construction of the appropriate solution was completed. The overall project duration, from concept and construction to testing, took many months. The invention – a taller cathode structure – is still undergoing a lengthy trial process.

“The trials show that the tall cathode structure invented by the team is successfully reducing metal velocity in the electrolytic cells, enabling the cells to be operated at lower voltage such that the electrolysis process consumes less energy,” explains Baggash. “Moreover, the new tall cathode structure entails an inherently simple adjustment to the former cathode design. All that is required is to replace one or more standard cathode blocks with taller ones, such that there is no significant change required to the electrolytic cell construction, the cell pre-heating equipment or the cell start-up process. The additional cost in cell construction is marginal, and is more than covered by the returns.”