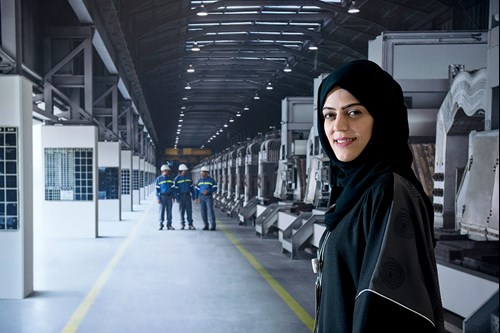 United Arab Emirates, 10 January 2016: The health and safety of employees at Emirates Global Aluminium (“EGA”) is of paramount importance; it is not only first and foremost in all decision-making but also underscores a corporate commitment to innovation in a quest for continuous improvement of processes, working conditions, operating performances and more. Over the years, this approach has seen EGA break the barriers of convention and lead the industry in developing new and better practices in aluminium smelting.

More recently, efforts have been launched to protect the company’s inventions through applications to patent EGA’s proprietary technologies. Since 2014, EGA has worked closely with Takamul in developing and submitting the required patent application documentation.

A case in point is a new, pot start-up fuse designed by a team of engineers at EGA’s operating subsidiary Dubai Aluminium (“DUBAL”, also known as EGA Jebel Ali Operations) that is simple, safe and easy to use; and offers more reliable pot start-up as well as the versatility for use at any stage of potline operations. A patent application for the invention was filed by EGA in February 2014. After evaluation by Takamul’s Patent Review Committee, approval for financial support was granted in December 2014.

Amal Al Jasmi, a Development Engineer in EGA’s Technology Development & Transfer department who led the project, explains that aluminium smelting uses electrolysis to reduce aluminium from alumina. Reduction cells (or ‘pots’) are arranged in potlines, with the individual pots electrically connected in series and operated at high amperage through a system of busbars. Electric current enters each pot through an anode busbar system and leaves it through a cathode busbar system (which is then connected to the next downstream pot’s anode busbar system). Before pots are started-up – whether in a new potline or at replacement in an operating potline – wedges must be installed to isolate the individual pot. Once the pot is ready, the wedges are pulled out, effectively restoring the electrical circuit.

“During wedge pulling, an electrical arc may develop between the two separating surfaces. Arcing can damage the wedges and the wedge pockets, with potential safety implications for people working in the vicinity of the pots – an environment that is already somewhat dangerous given the high temperatures, electric current, magnetic fields, and differences in potential. The dangers are particularly acute during discontinuous operation, such as the shutdown or start-up of a cell,” explains Al Jasmi. “The pot start-up fuses, being in parallel with the wedges, carry some current while the wedges are connected. This means that the fuse cross-section should be large enough to handle the load, but small enough to break the circuit quickly when the wedges are disconnected. Once all the wedges are removed and the full pot current flows through the fuses, this will lead to rapid breakage and / or melting of the fuses.”

Al Jasmi adds that the construction, shape and location of the pot start-up fuses must be such that safe mounting, safe operation and safe removal operations are ensured, while also not interfering with the installation and removal of wedges.

The new, pot start-up fuse developed by the DUBAL team of Amal Aljasmi and Wael Abou Sidou (Manager – Technology Engineering) satisfies all the design requirements identified by operators and engineers alike. Developed for pots short-circuited with wedges on the cathode busbars, the DUBAL invention is easy and safe to operate; and reliable. What’s more, the pot start-up fuses can be used at any stage of potline operations when pots have to be re-started and can be mounted by clamping.

“Our invention is the product of meticulous modelling and simulations to identify the correct location for mounting the pot start-up fuse and to test its impact on the voltage of the wedges before a workable concept was finalised,” says Al Jasmi. “We worked closely with the Process Control & Measurement team throughout the project, which took a full year to go from concept, to testing and execution. We are immensely proud of the end-result and the fact that the patent has been filed and published.”