Driving another successful year of business 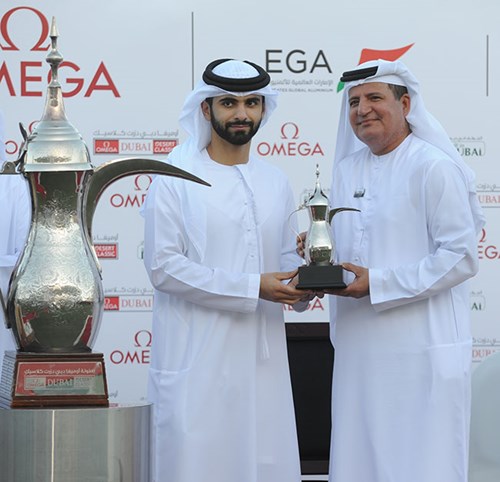 United Arab Emirates, 08 February 2016: Emirates Global Aluminium (“EGA”) hosted its annual corporate Golf Day at Emirates Golf Club today. The Mixed Scramble tournament was played on the Majlis Course where the final round of the 2016 Omega DDC took place on Sunday 7 February. Held each year to coincide with the international tournament, the EGA Golf Day provides an opportunity for customers, suppliers and other business partners to relax and interact with the EGA team while participating in one of the UAE’s most treasured sports.

The private corporate event is integral to EGA’s ongoing support of the tournament. “Relationships are crucial to the success of any business and we believe in fostering long-term relationships which have always been the driving force behind the success of EGA,” said Walid Al Attar (Chief Marketing Officer (EVP), Marketing & Sales, EGA). “Having sponsored the Omega DDC since 1992, this is a long-held passion for supporting sports that we share with our valued partners and customers. We remain committed to building these relationships year after year, with the annual golf day being just one example of our customer-focused strategy,” added Al Attar.

Featuring 21 teams and a total of 105 players, the tournament tee-ed off at 08.00 and was followed by a networking lunch and prize-giving ceremony to award the day’s most successful players. As the event drew to a close, Al Attar took the opportunity to thank everyone who participated, saying, “It was great to see everyone get into the competitive spirit today while networking on the golf course. As we drive into another year, I look forward to our mutually beneficial relationships growing from strength to strength, ensuring success all round.”