Hattrick of awards for EGA at CII Symposium 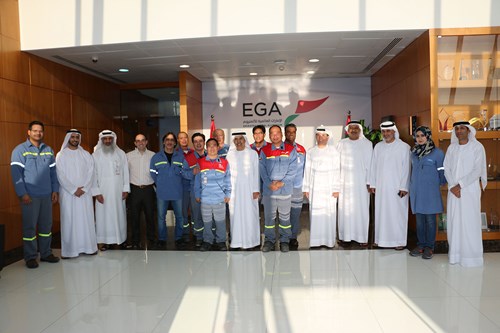 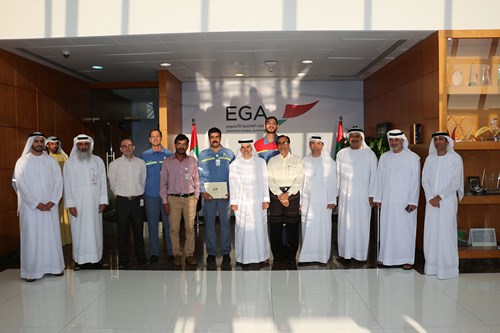 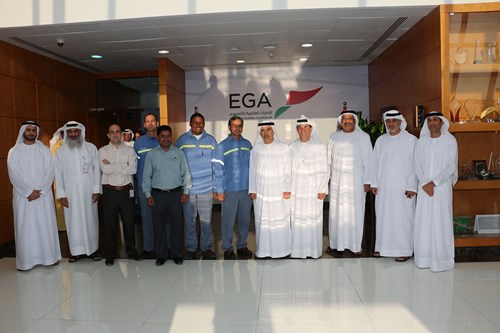 United Arab Emirates, 30 November 2015: Two of the team-based awards (Kaizen and Six Sigma) submitted by Emirates Global Aluminium (“EGA”) to the 7th Dubai Quality Group (“DQG”) Continual Improvement & Innovation (“CII”) Symposium won gold awards, while a third entry in Kaizen earned a silver award. Ranked among most prestigious annual events in the region, the 2015 DQG CII Awards – which took place on 12 November – aim to recognise the spirit of excellence and the use of innovative, scientific, structured and data-driven methodologies for the continual and breakthrough improvements of an organisation's processes.

This year’s wins bring to 17 the number of DQG CII awards won by EGA in the five years it has been involved with the symposium, held annually to celebrate World Quality Day. Since 2011, EGA has won eight gold, six silver and three bronze awards – with two gold awards having been garnered at each of the last four events staged by DQG.

Clearly delighted at EGA’s repeated triumph, Kalban said, “EGA invests significantly in building our organisational capabilities through employee involvement – which leads to greater quality, productivity and cost-effectiveness. This year’s DQG CII Awards demonstrate the commitment of our employees to the success of the business, as well as their dedication towards excellence in all that we do.”