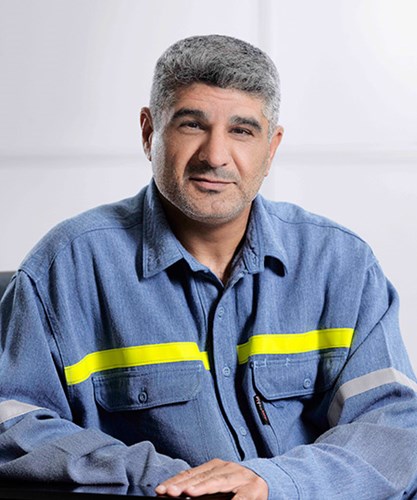 United Arab Emirates, 22 November 2015: Senior representatives from Emirates Global Aluminium (“EGA”) were among the international speakers at the annual Arab International Aluminium Conference (“ARABAL”), which took place from 15 to 17 November in Dammam, Saudi Arabia. The ARABAL 2015 event, comprising a strategic conference and industry exhibition, focused on the integration of the aluminium upstream and downstream sectors in the GCC.   On the first day of the conference Abdulla Kalban (MD & CEO at EGA) participated in a keynote panel discussion on ‘The prospects for the GCC aluminium sector’. In his presentation he focused on the downstream industry in particular, highlighting the growth of downstream capacity in the UAE in parallel with the midstream smelting industry.

Today, the UAE’s downstream sector has a production capacity of around 380,000 tonnes per annum, of which more than 63.5% of annual production is exported internationally. The predominant aluminium product type consumed by the downstream sector in the UAE is billets, which are used to manufacture construction, kitchen, industrial and automotive profiles as well as scaffolding tubing, HVAC and automobile applications; and heat exchangers. Increased demand is expected from the local end-user market, driven by new local infrastructure development projects; as well as in international markets.

“As one of the largest industrial developments in the UAE outside the oil and gas sector, EGA provides a significant opportunity for downstream aluminium industries in the region, with the growth of these industries having positive implications for the aluminium sector as a whole, as well as the economy – such as through job creation,” said Kalban. “EGA does not have assets in the downstream industry, so as not to compete with its local customers. Instead we support the sector by supplying virtually all of the primary aluminium required by the UAE’s downstream aluminium businesses and nurturing mutually beneficial, successful partnerships.”

At the end of his presentation, Kalban announced that EGA will host ARABAL 2016 in Dubai. Next year’s event will be the 20th edition and will mark the sixth time that EGA has hosted ARABAL. A key member of the ARABAL Forum since its inception, EGA is committed to making ARABAL 2016 one of the best ever.

EGA’s second speaker at ARABAL, Dr Ali Al Zarouni (SVP Jebel Ali Operations, Technology Development and Transfer) spoke during a session dedicated to innovation and technology in the aluminium industry - areas in which EGA has devoted significant resources and expertise since its inception. Dr Al Zarouni presented a case study on EGA’s high amperage DX and DX+ Technologies during which he highlighted the benchmark performances achieved by these innovations to date - including improved productivity and environmental impact along with lower CAPEX. He also shared the performance results of EGA’s DX+ Ultra Technology demonstration cells, emphasising the tremendous promise inherent in the technology’s achievements to date; and touched on EGA’s new pot control technology.

“The proprietary reduction technologies developed in-house by EGA over the years have made the company a respected competitor in this sector of the global aluminium industry,” said Dr Al Zarouni. “EGA will continue to develop energy-efficient, environmentally responsible, low CAPEX and high performance reduction cells for its own facilities and future licensing.”

As evidence of this, Dr Al Zarouni ended his presentation with a high level overview of EGA’s new DZ Technology concept, which is expected to set the benchmark against other reduction cell technologies. A pre-feasibility study to install a demonstration section is on-going, with DZ Technology expected to operate at amperages of above 600 kA and energy consumption levels of less than 12 kWh/kg Al.

The region’s largest primary aluminium producer and among the top five in the world, EGA is renowned for setting industry benchmarks through a commitment to excellence and innovation – the combination helping to shape the future of the aluminium sector at both regional and international level. “The aluminium industry in the Middle East is among the fastest-growing in the global sector, consistently drawing interest from businesses and analysts across the world,” said Kalban. “ARABAL provides a powerful platform for highlighting the region and showcasing our accomplishments.”