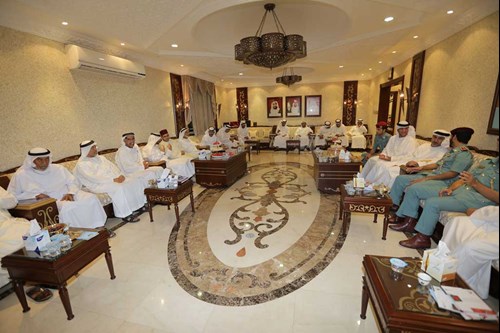 United Arab Emirates, 09 July 2015: In the spirit of the Holy Month of Ramadan, Emirates Global Aluminium (“EGA”) was the main sponsor of the Al Samha Ramadan Festival 2015, hosted by Emirates Heritage Club from 21 June to 5 July. The Festival has enjoyed support from EGA and its subsidiaries for the past three years and again featured a host of activities for the whole family – including football championships for adults and children; yoga; wrestling, traditional games; and a visit to the Sheikh Zayed Grand Mosque. As part of its sponsorship, EGA sponsored the prizes in the Festival’s raffle draw, including high ticket value electronic entertainment devices and other items.

“We are extremely proud of our long-standing partnership with Emirates Heritage Club,” says Khalid Buhumaid (Senior Vice President: Communication & Government Relations). “EGA is fully committed to good corporate citizenship, which includes support for the social development initiatives of the UAE government. We are equally committed to sustaining relationships with our customers, suppliers, employees and partners, built on mutual trust and respect.”