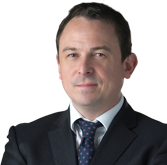 Nicolas Bell has been acting head of EGA’s Human Capital department since 2018, and has worked for EGA for five years, joining 2014 having previously supported the business as a consultant. Mr. Bell has 15 years of experience in human capital and consulting, including 10 years in the Middle East. He has worked as a Managing Consultant, specialising in Reward at Hay Group (now Korn Ferry Hay Group) in the Middle East, and as both a Benefits and Communications Consultant for Willis Towers Watson, based in both the UAE and in the UK prior to 2008. As a consultant, Mr. Bell worked with clients across sectors, including Metals and Mining, in Europe, USA and the Middle East. Mr. Bell also worked as Human Resources Manager at Emirates Airline.

Mr. Bell holds a Master’s degree in Marketing from the University of Leeds, graduating with distinction and awarded the Brian Howard Memorial Prize.